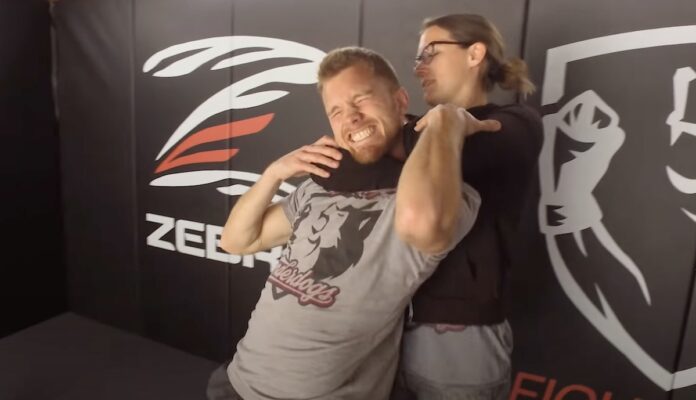 This topic has been one of the most frequently debated within the martial arts community. Which is the best martial arts for self defense?

Complete with descriptions of each martial art and why we selected them as one of the best martial arts for self defense.

Here is a quick history lesson about boxing along with the advantages and disadvantages of the striking art for self defense.

The art of pugilism is one of the oldest sports/martial arts in the world right there with wrestling. In the late 1800s it started to become the legitimate sport as we know it starting with the Queensbury rules.

Soon after Queensbury rules were implemented, boxing governing bodies added gloves and boxing rings. With time, the sport continued to progress into what we know it as today.

One of the most watched and practiced self defense systems in the world with millions of practitioners around the world.

Advantages of boxing for self defense

Disadvantages of boxing for self defense

Judo is our pick for the 5th best martial art for self defense. Without Judo, there would be no BJJ or Sambo and many of the techniques from both were taken from it.

Also if you don’t believe it belongs on the list, then just take a look at this highlight of Travis Stevens.

Judo was created in the late 1800s by Grandmaster Jigoro Kanu. He learned various older forms of grappling and began developing his own style.

A series of more simple grappling techniques that relied more on technique and leverage than sheer force. He would call it Judo and its effectiveness quickly made it taught throughout Japan.

Kano would also send his best students around the world to spread the teachings of Judo much like a religion. This led to many countries around the world becoming big proponents of Judo, which helped it become an Olympic sport.

It is ingrained within the culture of Thailand and has a long history of being used for self defense. Even once used with wars.

The story of Muay Thai goes back nearly 800 years, when Thailand used to be the kingdom of Siam. Siamese soldiers would use an early form of Muay Thai in battle to defend themselves.

Using their entire body as a weapon from their fists, feet, knees, and elbows to land devastating strikes. Later within the timeline of the Siamese kingdom, the best soldiers would battle one another to entertain the king.

This practice would continue for a couple centuries until the 19th century when Muay Thai started to become a legitimate sport. Muay Thai would be heavily influenced by western boxing and also added gloves and a boxing ring to hold the bouts.

Today, Muay Thai is the official sport of Thailand and is beloved by those within the country and also the world.

After the first UFC ppv, Brazilian Jiu Jitsu proved it is one of the best martial arts for self defense. From that point on, everyone knew that grappling must be included within any self defense system.

BJJ began to take form in the early 1920s. Carlos Gracie along with Luiz Franca were students of Judo master Mitsuyo Maeda.

The most known story of BJJ is that Carlos took the techniques he learned from Maeda and showed his brother Helio.

They realized that to give smaller people an equal playing field against larger opponents, the fight must go to the ground. This was how they began developing Brazilian Jiu Jitsu.

A grappling martial art that was more ground based and relied on leverage and technique and finishing fights with submissions.

As the martial art continued to develop, it started to gain a large following within Brazil. In the 1970s, BJJ would reach the US, particularly within California.

Then Rorion Gracie with the help of Art Davie and Bob Meyrowitz would put on the first UFC ppv in 1993. Royce Gracie’s performance would prove the effectiveness of BJJ and helped the martial art expand its reach internationally.

Not only is MMA the most popular combat sport in the world, but also maybe the best martial arts for self defense. After the UFC rose in popularity, those looking to learn self defense realized not just one martial art was the answer.

Taking elements of striking and grappling martial arts became the answer they were looking for. Thus leading more people to take up MMA for self defense.

Before the UFC was established, an early form of MMA was used with Vale Tudo fights held in Brazil. Brazilian fighters from different martial arts backgrounds started to learn each other’s styles to beat them in combat.

When the UFC was established, what martial artists in Brazil were doing started to be done globally. The UFC started to become a legitimate sport and the fighters realized they would need to become more complete fighters.

Not just relying on their fighting background, but also learn various forms to have a more complete skill set. This not only created what we know as the sport of MMA, but also views on proper self defense.

It’s now widely recognized that you must know both striking and grappling skills to have more rounded self defense skills.

1. Krav Maga – The Best Martial Art For Self Defense

It isn’t a sport, but a full fledged self defense system used by various special forces around the world.

Krav Maga was created by Hungarian martial artist Emrich “Imi” Lichtenfeld. Imi was a Hungarian Jew that lived in a turbulent time in Europe and especially so for Jewish communities.

His people were constantly under attack from anti semites and full fledged Nazis. This led to Imi to create Krav Maga as a way to defend his people against evil.

Leading him to do away with the respected rules of other martial arts and making Krav Maga strictly for self defense.

Once he fled to Israel is when Imi really began to develop Krav Maga. Adding weapons defense to the system and becoming the head self defense instructor of the Israeli military.

First teaching Israeli’s elite forces and then the rest of the Israeli military. Upon retiring, Lichtenfeld set out to teach Krav to civilians.

During the late 1970s, he began teaching civilians Krav Maga around the world with the help of his top students.

Today, Krav Maga has exploded in popularity and there are numerous great schools around the world.