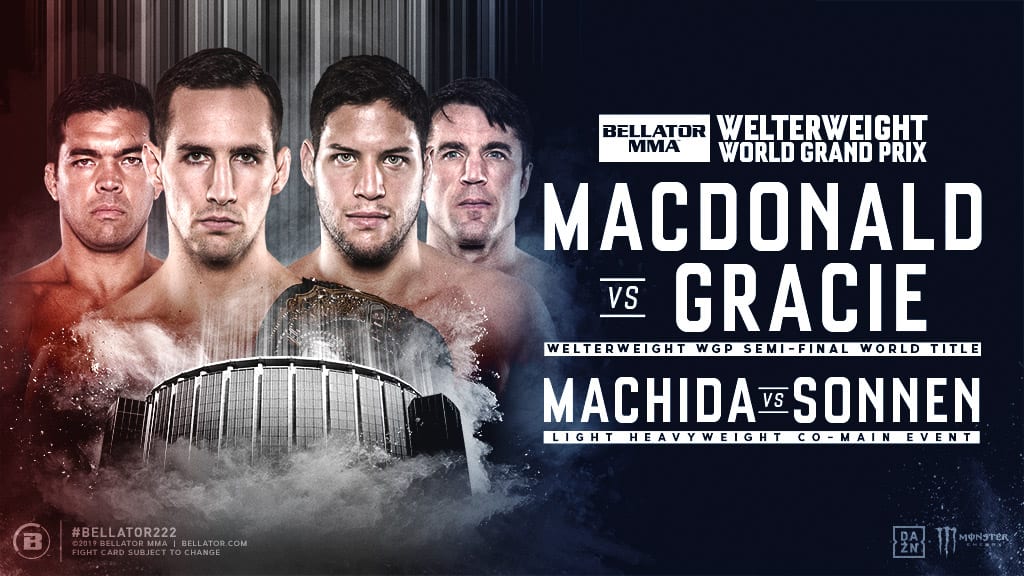 LowKickMMA will be bringing you the latest Bellator 222 results throughout tonight (Friday. June 14, 2019).

The event goes down from New York City, New York’s Madison Square Garden. Rory MacDonald vs. Neiman Gracie in a Welterweight Grand Prix Semifinal Title bout will headline this event. Lyoto Machida vs. Chael Sonnen in a light heavyweight bout will serve as the co-headliner. Also on the card is Darrion Caldwell vs. Kyoji Horiguchi in a bantamweight title bout.

You can watch the preliminary card in the video player above, beginning at 6:30 p.m. ET. The main card kicks off on DAZN at 10 p.m. ET. Check out LowKickMMA’s Bellator 222 results here below: