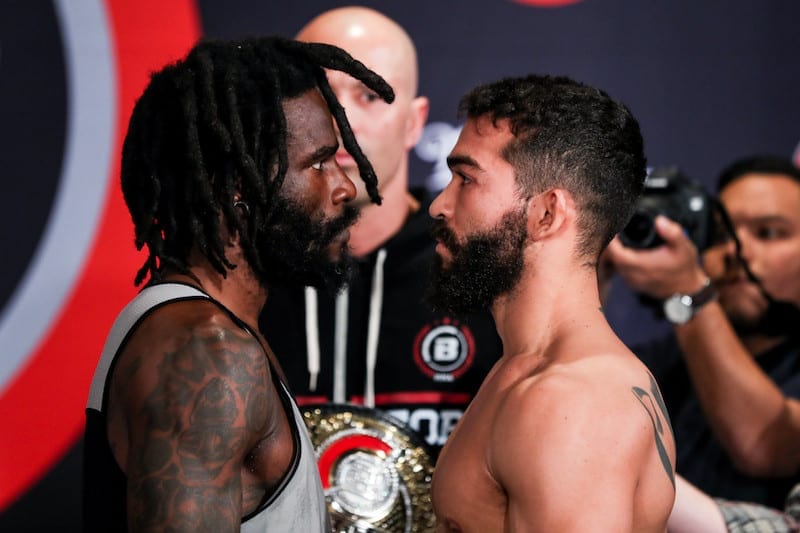 It’s once again fight day here at LowKickMMA, and the talent on display tonight (Friday, April 21st, 2017) will come in the form of Bellator 178. Headlining the card are Daniel Straus and Patricio Freire, but there’s a whole bunch of great fights also taking place on the rest of the main card.

Daniel Straus (24-6) and Patricio Freire (25-4) meet in a featherweight title bout in the main event. In round 1, Freire landed a big right hand to start off the round. They clinch up against the fence. The fans started getting upset. They were separated and exchanged to end the round. In round 2, they clinched right away. Freire locked in a standing guillotine choke and pulled guard to pick up the win.

Ilima-Lei Macfarlane (5-0) and Jessica Middleton (2-0) meet in a flyweight in the co-main event. Macfarlane took her down and locked in the armbar for the win.

Opening the main card on Spike TV is A.J. McKee (7-0) vs. Dominic Mazzotta (12-1) in a featherweight bout. McKee pressed forward and caught him with a devastating head kick that dropped Mazzotta then finished him off on the ground with a punch. That’s a wrap.