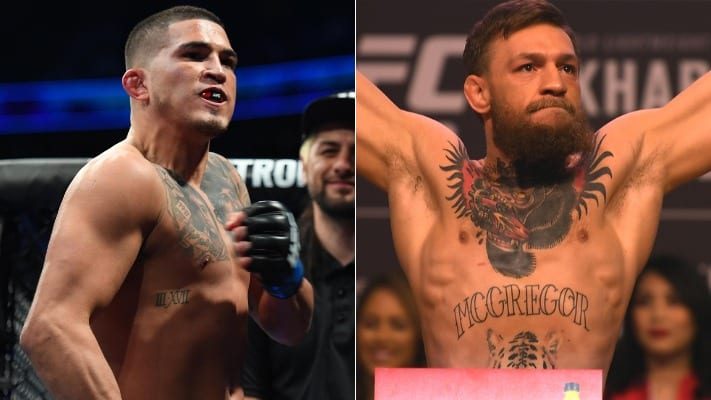 Anthony Pettis’ manager, Abraham Kawa, believes that a fight between “Showtime” and Conor McGregor is “on the horizon.”

Kawa joined MMA Junkie Radio recently and discussed the matter. In regards to McGregor’s efforts of landing a rematch with Khabib Nurmagomedov, Kawa said he doesn’t think now is the time for such a matchup. Instead, he thinks McGregor should be eying his client, a fellow former 155-pound champion:

“Even Conor fighting Khabib, I don’t think that’s the fight,” Kawa said. “I actually don’t want to see that fight right now. Maybe after a while, yes. But right now I think Conor vs. Anthony is the fight. I’m looking at it as (if) Anthony beats Nate, and I think Conor is next on the horizon.”

However, before Pettis can hope for a fight with McGregor, he has some business to take care of in August. He’ll co-headlined UFC 241 on pay-per-view (PPV) against Nate Diaz. Diaz himself is a former McGregor foe, as the pair had one of the most beloved rivalries the sport has ever seen.

Diaz hasn’t fought since his 2016 rematch with McGregor, where the Stockton native came up short via Majority Decision. He’ll remain at 170 pounds to face Pettis, who comes off a knockout win over multi-time welterweight title challenger Stephen “Wonderboy” Thompson.