LowKickMMA.com
Home Boxing News Anthony Joshua Has Chance to Get His Career Back on Track 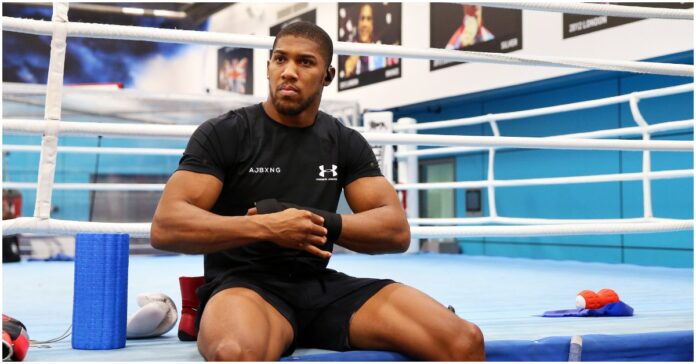 Former WBA, IBF and WBO heavyweight champion Anthony Joshua has the chance to get his career back on the right trajectory when he meets Oleksandr Usyk in a rematch of their bout in 2021.

Joshua suffered the second defeat in his professional career against the Ukrainian boxer in London at the Tottenham Hotspur Stadium. The scorecards read 117-112, 116-112 and 115-113 in favour of the challenger. He proved his class and that he was able to mix it with the best in the heavyweight division.

Not only did AJ lose his three major belts, but it also ended any hope of securing a fight with Tyson Fury in 2022. Victory in the rematch, where he is 17/10 in the bet on boxing odds, would reignite those talks.

Joshua will need to find a game plan which works better than his first fight. Usyk is the odds-on favourite at 4/9 in the Joshua v Usyk 2 betting to replicate the result in Jeddah, Saudi Arabia, so those odds suggest he is up against it again.

The British boxer has been working with Robert Garcia ahead of his rematch with Usyk. Joshua ended his partnership with Robert McCracken earlier this year. His new trainer has worked with some of the best pound-for-pound boxers from the last couple of decades.

Robert Garcia assisted Marcos Maidana and Mikey Garcia towards world title success in the sport. Joshua has highlighted the American as the best trainer who can help him get his belts back in the heavyweight division.

It was a tough decision to make for Joshua to part ways with McCracken, as he has worked with him for a very long time. He has made it clear that there are no hard feelings between the pair, and that this latest move has been done as a tactical one.

The world of boxing was stunned by Fury’s retirement announcement following his victory over Dillian Whyte. The WBC champion has since rethought his future, and he is now looking forward to returning to the ring.

Fury has said he has unfinished business in boxing, as he wants to become the undisputed heavyweight champion. In order to do that, he will need to face and beat the winner of the Usyk-Joshua fight.

A showdown between the two heavyweight champions is likely to take place in the summer of 2023. With all four belts on the line, it will be the most important fight in the history of the division.

Fury has yet to suffer a defeat in his professional career. He drew with Deontay Wilder in 2018, while he had his arm raised in all his other 32 fights. Given how dominant he has been over the last few years, he is likely to start as the favourite to beat either boxer.

The upcoming fight between Usyk and Joshua is scheduled to place on August 20, and it is set to be one of the biggest events in boxing in 2022.