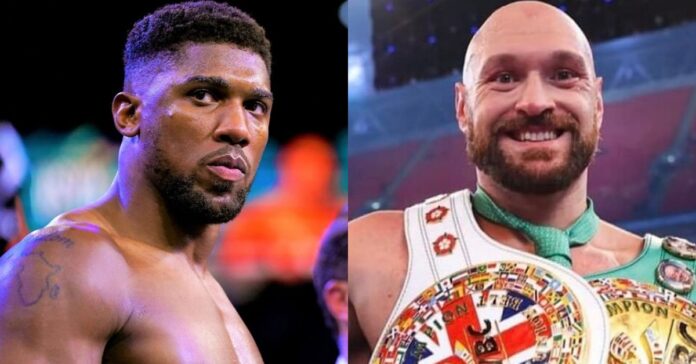 Anthony Joshua’s management firm has confirmed their client has accepted terms for a December 3. clash with undisputed WBC heavyweight champion, Tyson Fury, with the duo now finally expected to share the squared circle before the culmination of 2022.

Joshua, who is currently represented by 258 Management as well as the Eddie Hearn-led, Matchroom Boxing, last featured professionally last month against Oleksandr Usyk, suffering a split decision loss in the pair’s rematch in Saudi Arabia.

As for Fury, the undisputed WBC heavyweight champion successfully retained his championship earlier this year with a stunning one-punch knockout win against Dillian Whyte. In the time since, Fury has maintained he is retired from professional boxing, despite offering to fight the above-mentioned, Usyk in a return to the sport.

As per Anthony Joshua’s management firm and representatives, their client have accepted terms for a December 3. boxing match against Fury, however, communication had been halted following the passing of Queen Elizabeth II last week.

“Joshua-Fury update:” 258MGT tweeted. “258 and @MatchroomBoxing can confirm, on behalf of @anthonyjoshua, that we accepted all terms presented to us by Fury’s team for a fight Dec 3rd last Friday. Due to the Queen’s passing, it was agreed to halt all communication. We are awaiting a response.”

In a statement released on Twitter in response to Anthony Joshua’s management, Fury’s promoter, Frank Warren, who heads up Queensbury Promotions, confirmed that a contract would be issued in the coming days. “Contract will be with you very soon.”

Without a victory since December 2020, Joshua, 32, most recently stopped Kubrat Pulev with a ninth round knockout win at The SSE Arena in London, before a pair of back-to-back losses to Ukrainian puncher, Usyk.

Boasting an undefeated 32-0-1 professional record, Fury notably shared the ring with Deontay Wilder on three separate occasions ins the last four years, battling to a split draw, before scoring a pair of seventh and eleventh round knockout wins over the former champion, respectively.