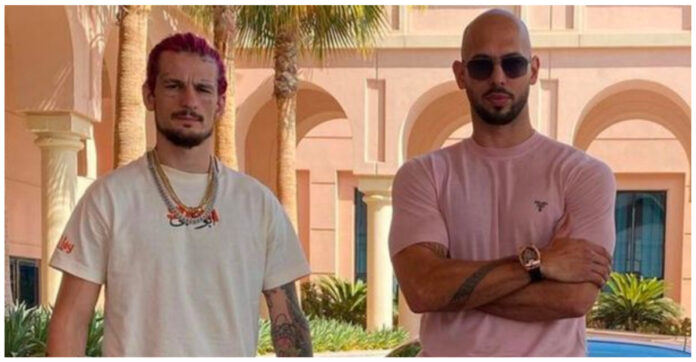 Andrew Tate has sent an invitation to fan-favorite Sean O’Malley and welcomes him to Romania to undergo an Eastern Europe road trip following his bout at UFC 280.

O’Malley is set to face the biggest test of his career to date in Petr Yan this Saturday at UFC 280 in Abu Dhabi. But, with the swag, confidence and invincible aura that the rising bantamweight star possesses, you’d think it’s an average sparring session.

It’s been well documented that O’Malley has been having a blast in Abu Dhabi, and perhaps his trip to the United Arab Emirates was topped off with a visit from the controversial social media star that is Andrew Tate.

Tate has been in Dubai for several weeks and has been pictured alongside numerous UFC athletes, such as welterweight champion Leon Edwards and current bantamweight champion Aljamain Sterling.

With flashy cars, unique views, and truckloads of cash, Andrew Tate and Sean O’Malley have a lot in common, which is more than likely why the former kick-boxer invited O’Malley to his home in Romania to kickstart their Eastern Europe tour.

“You guys need to come to Eastern Europe with me,” Tate said to O’Malley and Tim Welch. “We need to do a tour when you guys have got like a month of fighting, we’ll start in Romania, we all take supercars and drive through all of it, all the way up to Poland.“

“We do a three- or four-hour drive, stay in a city, do all of it, then another three- or four-hour drive, stay in another city and we’ll be able to do all of it.” Welch replies asking if they can “slay p***” along the way. Tate furthers stating, “basically, yes,” before making a joke, “we can go to Church and be good men of God, of course, ask for forgiveness in between.”

What do you make of a potential Sean O’Malley and Andrew Tate linkup?