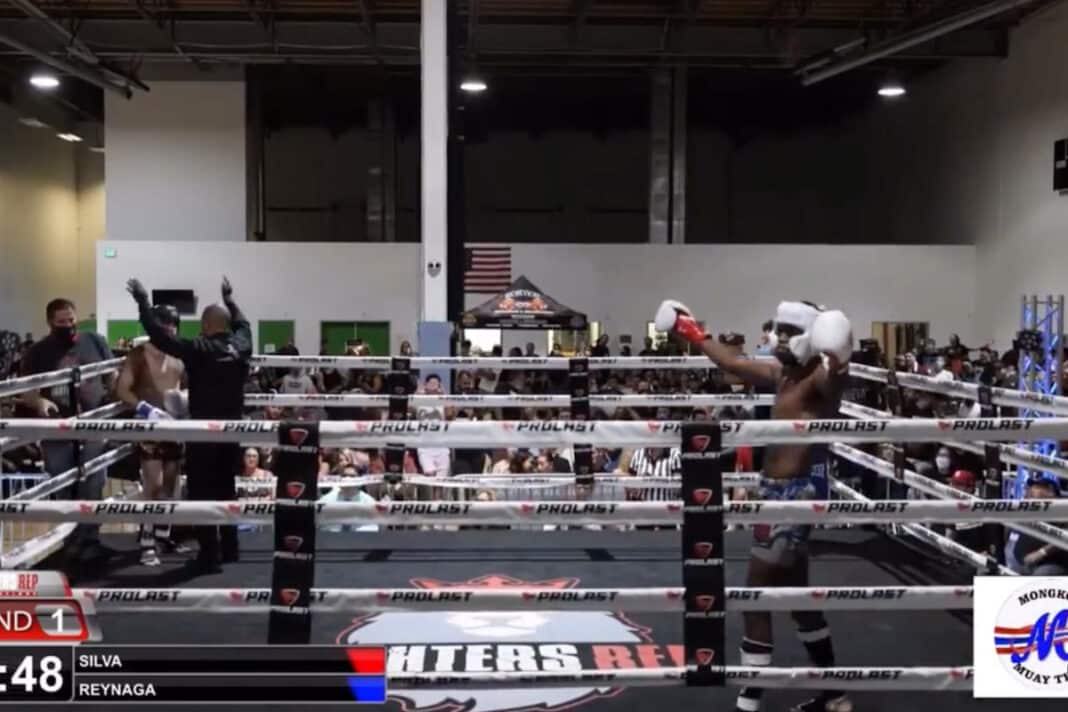 Kalyl Silva, the son of former UFC middleweight champion and Brazilian icon, Anderson Silva could not have gotten off to a better start in his first amateur kickboxing bout — stopping his opponent mere seconds into the opening round with the first strike thrown of the fight.

Just 12-seconds into the opening round, Silva, a former professional soccer player, backed to the ropes and then launched a left body kick which appears to have landed flush beneath his opponent’s right guard, immediately sending him to the canvas.

Reverting to a neutral corner as the count began, Silva emerged with the victory just 12-seconds into the opening round off the back of a sole significant strike, with his opponent turning away from the referee who had already initiated that count following the knockdown.

Kalyl Silva’s finish follows in the footsteps of both his father, Anderson Silva as well as his elder brother, Gabriel Silva who has scored three professional kickboxing victories all by way of knockout — having enjoyed an undefeated amateur career.

Whilst the next generation of Silva talent emerged over the weekend, reports emerged last week detailing how the 22-year-old’s father, Anderson Silva was set for his fourth trip to the professional boxing ring in the form of a September 18. boxing match against former UFC light heavyweight champion, Tito ‘The Huntington Beach Bad Boy’ Ortiz.

Holding a 2-1 professional record inside the ring, Silva ended his UFC career back in October of last year, before returning to the boxing ring back in June at the Estadio Jalisco in Guadalajara, Mexico where he took home a rather one-sided split decision victory over former boxing world champion, Julio Cesar Chavez Jr.

As part of a Triller Fight Club event hosted at the Staples Centre in Los Angeles, California — Silva will meet with the former UFC light heavyweight champion, Ortiz, who makes his professional boxing debut. The bout is set to feature as one of a tentatively targeted trio of headlining clashes — with another main event matchup between former world champion, Oscar De La Hoya and former UFC light heavyweight champion, Vitor Belfort slated.