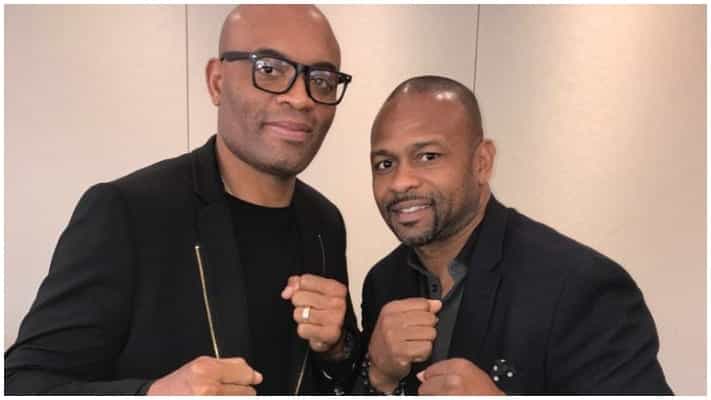 Former UFC middleweight champion, Anderson Silva, does not view his upcoming fight with Julio Cesar Chavez Jr. as a one off.

The MMA legend will square off against Chavez Jr. in the boxing ring on June 19.

The fight is scheduled for 10 rounds and will take place at Jalisco Stadium in Guadalajara, Mexico.

Silva vs. Chavez Jr. will headline on pay-per-view.

The Brazilian is open to boxing again after this fight.

‘The Spider’ has often been linked to a fight with Roy Jones Jr. Now he is no longer contracted to the UFC, Silva believes this fight is a real possibility.

“Yeah, absolutely, because I talked about fighting Mr. Roy Jones Jr. for many, many years ago when I started fighting in the UFC,” Silva said. “I think now is coming closer to this reality, and let’s go see. My focus is just for this fight now, and then let’s go see in the future.”

The 45-year-old explained why he has decided to transition to boxing.

“First of all, boxing is an amazing sport,” Silva said. “I love boxing, and I practice boxing for a long time – not professionally, but I try to do my best. I continue training, and I continue challenging myself. This opportunity to fight Chavez Jr. is not about proving (anything) to anyone, it’s just to challenge myself. When I go inside to fight in the ring against Chavez Jr., I’ll do my best and stay happy and put my passion inside the ring.” (Transcribed by MMA Junkie)

Do you want to see Anderson Silva vs. Roy Jones Jr?