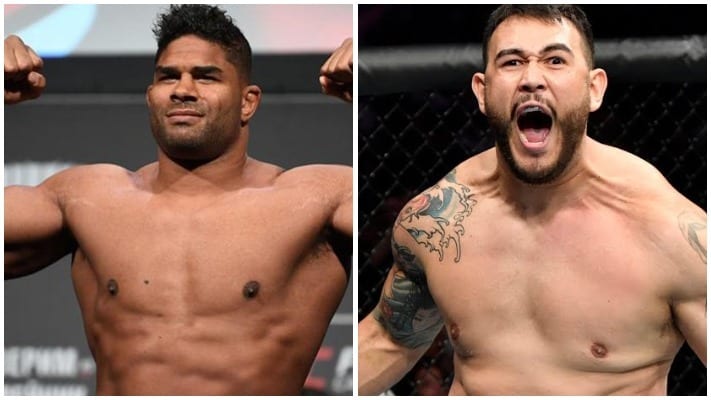 Heavyweight legend Alistair Overeem is set to return to the Octagon on September 5 to face Augusto Sakai according to a report from ESPN. The bout which is not yet official is expected to serve as the main event for a Fight Night card taking place on September 5. As of right now, the card does not have a location or any other fights announced.

Overeem heads into the bout off the back of an impressive second-round win over fellow contender, Walt Harris. The pair squared off in the main event on May 16 in Jacksonville, Florida. Overeem survived some early trouble to empathically bounce back and claim the win just a few minutes later.

At 40 years old the MMA legend has spoken about taking one more run at the heavyweight title before he retires. A former Strikeforce and Dream heavyweight champion he has achieved almost everything possible in the sport. Overeem holds high-profile wins over the likes of Brock Lesnar, Junior Dos Santos, Fabricio Werdum (X2), Frank Mir, and Andrei Arlovski.

Sakai will be hoping to derail Overeem’s final title charge on September 5. The 29-year-old is riding a six-fight winning streak into this main event. Last time out he picked up a split-decision win over Blagov Ivanov at UFC Fight Night: Woodley vs. Burns on May 30. The Brazilian has just one loss on his record which came in via split decision against UFC veteran Cheick Kongo under the Bellator banner back in 2017.