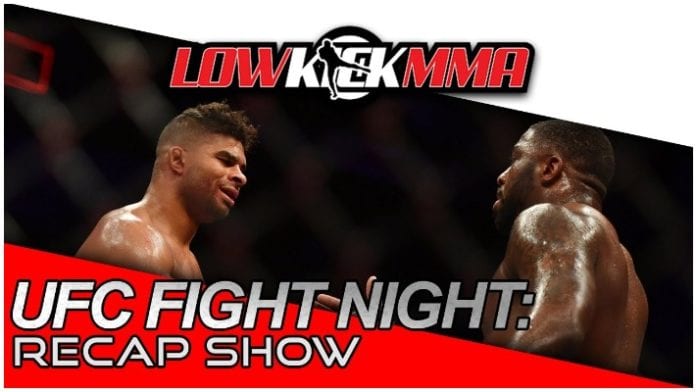 UFC Fight Night: Overeem vs. Harris ended a triumphant return week for the UFC who hosted three fight cards within the space of seven days. At the top of the card, Alistair Overeem and Walt Harris went to war. Both men had their moments but the Dutch knockout artist ultimately got the finish inside two rounds. Elsewhere on the card, we had three very controversial decisions that had MMA fans fiercely debating online.

In the co-main event, Cláudia Gadelha got the split decision win over Angela Hill who had looked better than ever and seemed a worthy winner in the fight for some people. Prior to that Edson Barboza made an unsuccessful featherweight debut as Dan Ige picked up a split decision win in another fight which had questionable judging. Top prospect Song Yadong and Marlon Vera put it all on the line over three rounds to open up the main card. This Fight of the Night became consumed in controversy after the judges awarded the 22-year-old Chinese fighter the win via unanimous decision.

Our site manager Jordan Ellis and staff writer Ryan Galloway got together to talk about the controversial judging and everything UFC Fight Night: Overeem vs. Harris, check it out below…