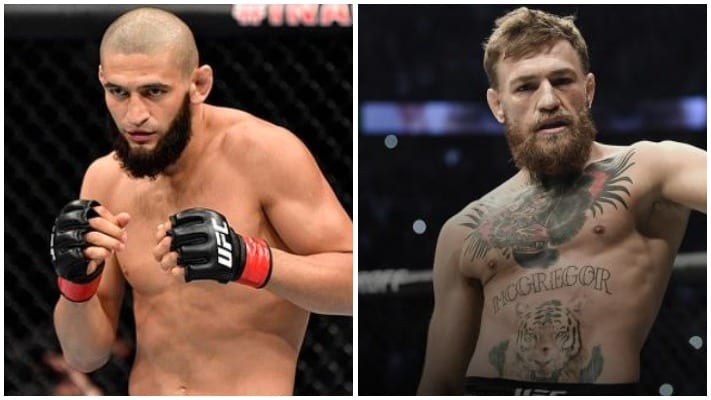 MMA manager Ali Abdelaziz says his client and rising UFC star Khamzat Chimaev would beat former dual-weight champion Conor McGregor so bad the Irishman would end up in a wheelchair and in need of medical assistance for the rest of his life.

Ali Abdelaziz’s comments come after Chimaev stretched his undefeated record to 9-0 at UFC Vegas 11 this past weekend. The 26-year-old needed just 17 seconds and one punch to flatten long-time UFC middleweight Gerald Meerschaert.

Chimaev was lined up to face Demian Maia next but UFC president said the Swedish fight may take another bout before that. Abdelaziz was quick to rule out McGregor who he believes would come to serious harm if he stepped into the Octagon with Chimaev

“Khamzat would put Conor McGregor in a wheelchair, and he would drink from a straw for the rest of his life,” Abdelaziz told TMZ Sports.

So who’s next for the UFC prospect? Who knows, but according to Abdelaziz even the best guys wouldn’t stand a chance against his man.

“”Nate Diaz, (Jorge) Masvidal, some of these guys, I think he’d mop the floor with them too. I think he’ll beat the shit out of these guys. These guys are a little bit older, they’re veterans, they’re great fighters, but I think they’re levels to this.”

Do you want to see Conor McGregor fight Khamzat Chimaev?