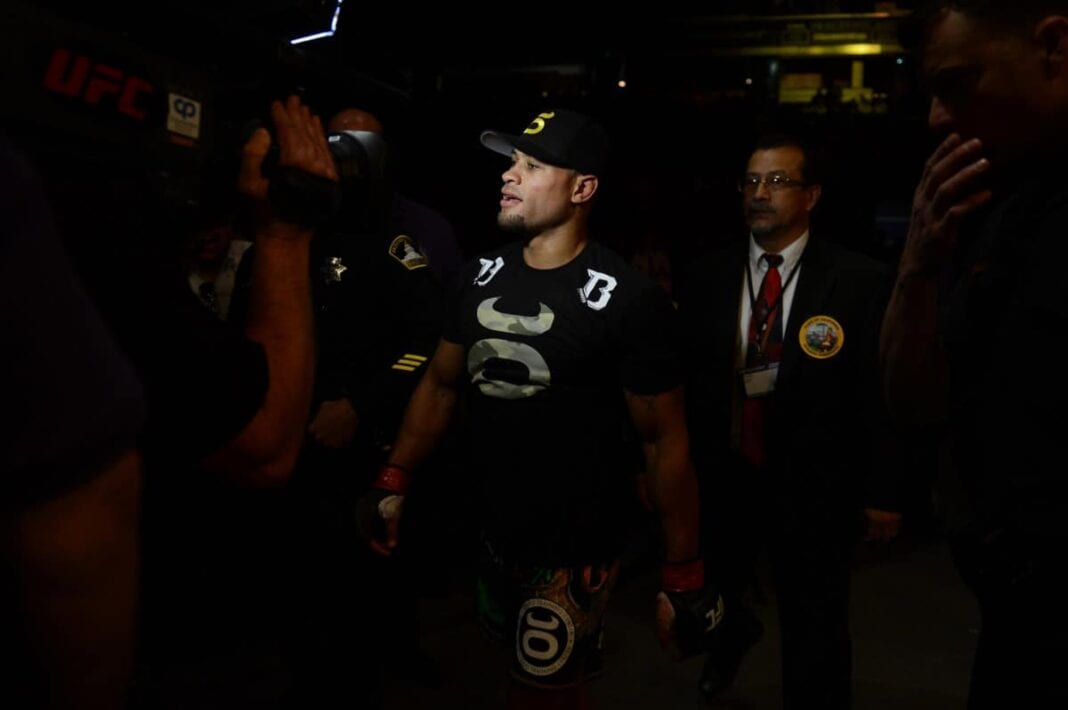 A potentially exciting lightweight scrap has been added to the UFC 181 pay-per-view (PPV) card on Dec. 6 from Las Vegas, Nevada.

Rising contender Abel “Killa” Trujillo will take on Tony Ferguson in a telling bout of two fighters with momentum.

Trujillo has been out of action since his epic come-from-behind knockout of Jamie Varner at UFC 169 in February. He was slated to take on undefeated contender Myles Jury at June 28’s UFC Fight Night 44 from San Antonio, but Jury pulled out due to injury and was replaced by Frank Trevino. Trujillo was removed from the card altogether when Trevino withdrew with an injury.

Trujillo was then booked to face Bobby Green at UFC 176, and then at UFC Fight Night 47 when the PPV was canceled. But Green eventually replaced Michael Johnson at UFC on FOX 12, defeating “Punk.” Trujillo was set to face Ross Pearson on the same card, but he pulled out in early August with injury.

It’s been a long and trying 2014 for Trujillo, full of twists and turns but short on actual fights. He has some of the most promising knockout power in the stacked lightweight division, but he’ll have his hands full with Ferguson.

“El Cucuy” was last seen winning a very lackluster split decision over Danny Castillo in the co-main event of UFC 177 on August 30. The Ultimate Fighter (TUF) 13 winner still only has one loss on his record, a decision to Johnson in May 2012. He’s been running through mid-level competition lately, but the power and wrestling of Trujillo should give him a tougher test.

UFC 181 will feature a welterweight title rematch between returning champion Johny Hendricks and urging No. 1 contender Robbie Lawler, a bout that came together when Chris Weidman withdrew from his originally scheduled headliner against Vitor Belfort with a broken hand.

Lightweight champion Anthony Pettis will also make his long-awaited return to the Octagon in the co-main event, squaring off with Gilbert Melendez as the culmination of their stint on TUF 20.