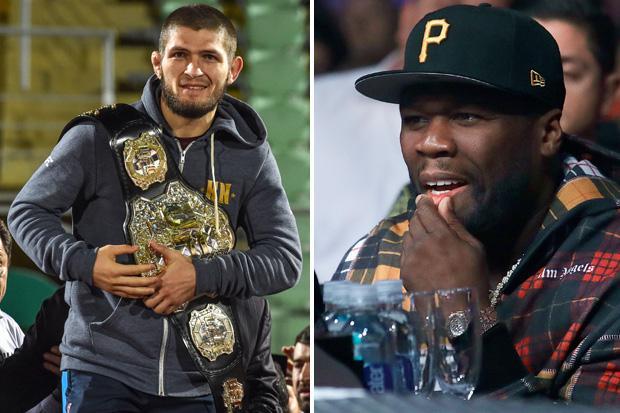 This is the latest attempt by Curtis “50 Cent” Jackson to make some moves in the landscape of mixed martial arts. It should be noted that the rapper does have some connections with the Viacom-owned promotion as recently signed an apparel deal with Bellator. He also revealed that he would be giving out a $1 million cash prize to the winner of the Bellator Welterweight Grand Prix.

Recently, Jackson took to his official Twitter account where he gave the offer to the UFC lightweight champion. He also brought up how the UFC is not the only game in town and that he would be willing to deal with UFC President Dana White about getting him out of his contract. This is after the melee at UFC 229 that involved Nurmagomedov, Conor McGregor and their respective teams.

How We Got Here

The money deal would see Khabib and his teammate, featherweight Zubaira Tukhugov, make the jump from the UFC to Bellator MMA to fight. This comes off the heels of Nurmagomedov threatening to quit the UFC should the UFC release his teammate in the fallout of the UFC 229.

“@khabib_nurmagomedov I’ll deal with Dana and your contract later. The UFC is not the only game in town. Zubaira is welcome also. #bellator #lecheminduroi.”

For those who may not recall, the reason for such an exact amount of money offered by the rapper is due to it matching Nurmagomedov’s fight purse for UFC 229 that is held by the NSAC. McGregor received his full $3 million paycheck.