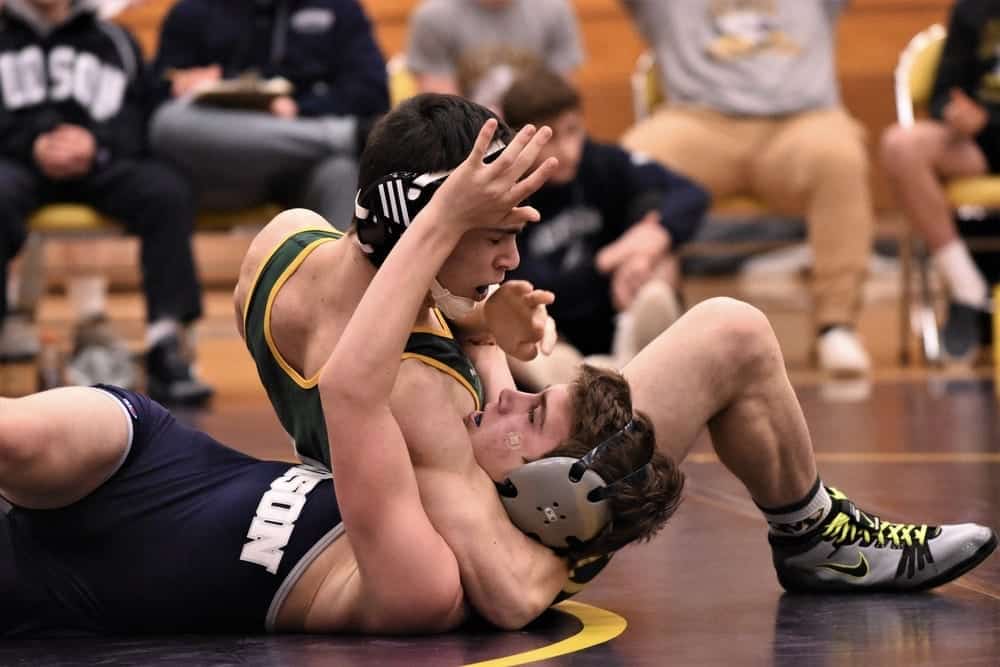 Wrestling is not a scene from a movie; it is a movie in itself. It’s not about muscular, sweaty men pretending to beat each other. Wrestling is about how a whole story is told through the confrontation between two athletes (and wrestlers are certainly outstanding athletes). The characters are revealed, and the whole spectrum of emotions is conveyed. That’s why many future students consider becoming a part of a college wrestling team and develop in this sport area. Certainly, this hobby requires commitment and good time management skills. Athletes have to combine their studies with training and competitions, not forgetting about showing good academic performance. “I wish someone would write my paper for me while I train” might often be the desire of the young and promising athletes due to the high pressure. However, the efforts are definitely worth taking. We have prepared a list of the most renowned college wrestling teams of all times for you to get inspired. Wrestling championships date back to the beginning of the XX century. Only World War II managed to pause the tournament for two years, but in 1946, it resumed again.

The History of Wrestling in College

The history of college wrestling in the United States has its roots in Europe. After the Civil War, martial arts styles similar to wrestling appeared in many sports clubs and training sections. At the beginning of the XX century, colleges and universities began to form teams representing their alma mater in various tournaments and dual meets. During the XX century, college wrestling grew into a full-fledged national sport, which the National Collegiate Athletic Association now regulates.

The first official dual meeting between two college teams took place in 1903 between the students from Yale and Columbia Universities. Collegiate wrestling differs from the freestyle one. Therefore, a set of particular rules was developed by Raymond Clapp from the University of Nebraska.

The wrestling program was created in Penn State College back in 1909. Already in 1921, the team became the national champion. In those times, the team of athletes was unbeatable, having seven dual meet victories in a row. It is believed that Charlie Spiedel was the best coach in the history of the team. He laid the foundation for the Nittany Lion’s standard of wrestling excellence. He led the team to the 1953 national title. Today, the team is coached by Cael Sanderson. The Nittany Lions participate in the Big Ten Conference and are ranked as one of the top wrestling programs in colleges.

Ed Gallagher was the coach who built a real dynasty and started the formation of one of the strongest wrestling programs in colleges. It is considered the most successful program in the NCAA Division I of all time. By this day, Oklahoma State Cowboys has earned 467 All-American honors, 34 team national championships, and 142 individual NCAA championships. Moreover, the team is famous for winning 17 out of 23 tournaments held in the Big 12 championship tournament.

The history of this wrestling team began in 1911 under E.G. Schroeder’s leadership and continues to delight its alma mater and fans to this day. As the Oklahoma State Cowboys, the Iowa Hawkeyes are among the top programs in NCAA Division I. In 1976, under the leadership of a former member of a wrestling team, Dan Gable, the Iowa Hawkeyes smashed the record and became the first team in all sports in history to win nine consecutive NCAA Team Championships. Currently, the team boasts 23 national championships and 6 National Runners-Ups.

Since their first fight in 1916, the Cyclones have continued to prove their excellence in wrestling. The team does not only compete in the Big 12 Conference of NCAA Division I athletics but also sends its athletes to the Olympics. By the way, they won six gold and three bronze medals there. Since 1916, the team has 17 conference titles and 66 individual national titles.

The Sooners started conquering collegiate wrestling in 1920. The team ranks 4th among all college teams in the number of awards. The Sooners have won seven national championships, 23 conference titles, and 263 All-Americans.

Today, many universities offer grants for students who wrestle. Even the best universities for microbiology or medicine will offer wrestling classes that you can attend as a hobby. Many colleges have their own teams, but it is the five teams we have told you about that are the best among the best.