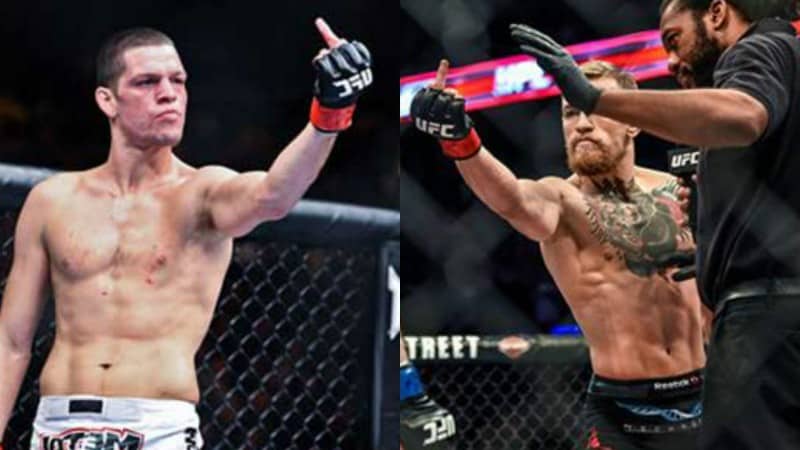 Despite having to deal with a last minute switch up in the main event, the UFC has once again released its usual Countdown show ahead of this weekend’s (March 5, 2016) UFC 196 from the MGM Grand Garden Arena in Las Vegas, Nevada.

Headlining the blockbuster card will be a welterweight clash between reigning featherweight champion the “Notorious” Conor McGregor and outspoken bad boy Nate Diaz.

McGregor was originally scheduled to move up in weight to challenge Rafael dos Anjos for the lightweight strap, but the 155-pound champion was forced out of the bout with a broken foot.

The Irishman has won all seven of his UFC bouts including six finishes. He is also coming off of a spectacular 13-second knockout of former long-time 145-pound title holder Jose Aldo.

That’s not all for the card, however, as newly minted bantamweight ruler Holly “The Preacher’s Daughter” Holm will defend her title for the very first time against former Strikeforce title holder Miesha “Cupcake” Tate in the co-main event.

Holm is coming off of a massive upset victory over former champion Ronda Rousey last November, a breath taking finish that not many saw coming.

Tate, on the other hand, has compiled a four fight win streak since losing to Rousey for a second time in 2013.

Take a deeper look into the preparations of these four fighters with full Countdown video below courtesy of the UFC: