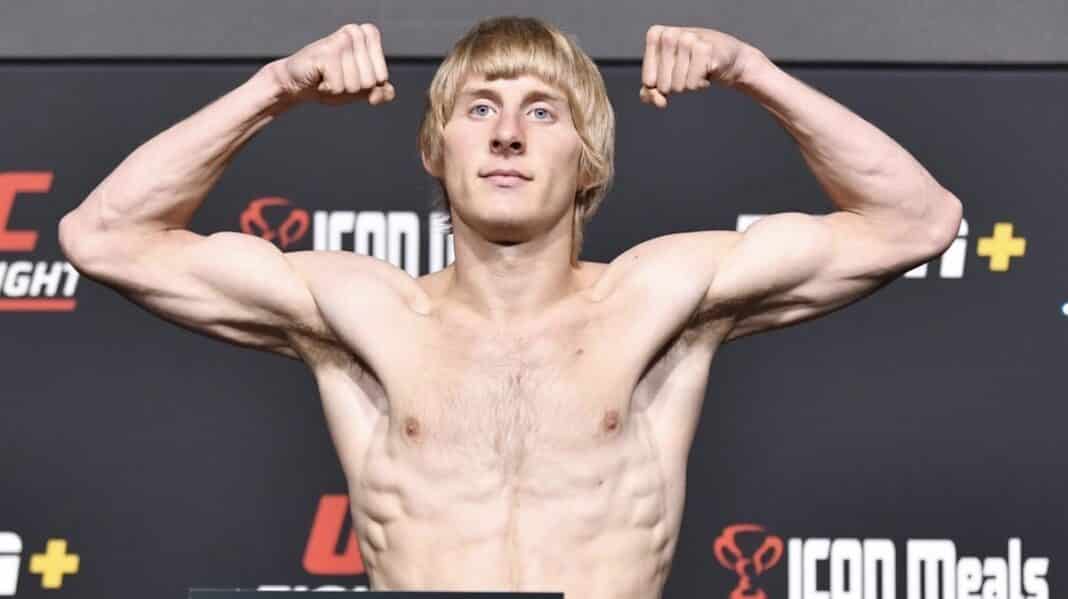 Paddy Pimblett has indeed been mentioned as a possible UFC superstar for years, and although only being 26 years old, he does have an MMA record of 16-3. Therefore, could ‘The Baddy’ become the UFC’s next true superstar, both in his home country of the United Kingdom and in the United States? It’s certainly a possibility.

Although competitors with much less thrilling octagon styles are becoming major stars in the sport, they are mostly an exception rather than the standard fighters. Supporters were drawn to competitors like Tito Ortiz and Chael Sonnen despite the fact that they weren’t always the finest athletes to watch. These biggest names in UFC history, on the other hand, have been immensely entertaining in the cage for the most part.

Who can think of a dull bout featuring Conor McGregor, Kamaru Usman, or the Diaz brothers? Fortunately for Paddy Pimblett, who clearly aspires to enter the ranks of UFC legends, no supporters are going to consider him as a boring fighter to observe and without any doubt will become very popular within the betting industry on sites such as Casinotop online casinos.

‘The Baddy’, as he is nicknamed, has a 16-3 record, yet his completion rate is probably even more amazing. 5 of his 16 victories have been via Knockout or TKO, while the other 7 have been by submissions. There are 2 amazing flying triangular chokes among them.

Whenever Paddy Pimblett is in the ring, he is competitive to a degree. It may even be claimed that his confidence, notably his tendency to seek for submissions from behind, caused him his most previous losses. Although some onlookers may urge him to tone down his impulsive attitude with the better competitors in which he’ll face in the UFC, doing so would also be a big error.

That uncontrolled aggressiveness will surely allure him to UFC fans worldwide and this implies that when he can win a couple of fights in spectacular ways, he can become a superstar irrespective if he also loses some.

Although Connor McGregor surprised everyone in his UFC debut victory over Marcus Clyde Brimage, some have scored more stunning finishers during their first appearance in the cage. What truly distinguished the Irishman was his innate charm, particularly his ability to speak a fine game. Certainly, McGregor might have fallen down on his face but his microphone talents would’ve earned him a legendary figure.

While he may not be as funny as McGregor was back then, it’s correct to conclude that Paddy Pimblett can be just as at ease in front of the camera as the Irishman always was. Pimblett, being from Liverpool, delivers to the UFC what some would consider a traditional Scouse type of charm which includes a big ego and high self-confidence. Ahead to his UFC debut, ‘The Baddy’ has already called his entrance in the nation’s biggest MMA organization “unavoidable,” and has stated that he is not just the biggest transfer of 2021, however one of the biggest signings in decades. It is not difficult to portray him replicating McGregor’s ascent to notoriety, even if he doesn’t reach the same depths as the Irishman.

3. The Baddy Joining the UFC can push him to be UK’s next Big Star;

Since there are plenty of fighters competing for a spot in the UFC, merely being a foreigner may always offer contenders an advantage. This promotion is undoubtedly well known in the US and Brazil, but it’s a well-known truth that the UFC aspires to be as massive throughout the planet, which means finding home-grown champions to promote on a worldwide scale. The UFC has already been making gains into the British market for a long time, and there hasn’t been a real British celebrity since former UFC world champion Michael Bisping, who then retired in 2017.

Clearly, the UFC has marketed Darren Till big-time in the industry, but ‘The Gorilla’ has still yet to perform as expected. So, can Paddy Pimblett fill that void? It’s certainly a possibility. ‘The Baddy’ is an extremely charismatic striker with an intriguing fighting style. He talks the talk, and it benefits that he appears like a pop star, with his scruffy hair looking like a flashback to the era of Punk rock. Therefore, if Pimblett could get a few UFC wins underneath his belt, it’s easy to see the UK crowd elevating him to superstar status.

He might become a reason for the UFC to once again turn a profit. Considering that he’s previously expressed a desire to host a UFC event at Liverpool’s Stadium, it’s apparent that Pimblett has lots of plans.