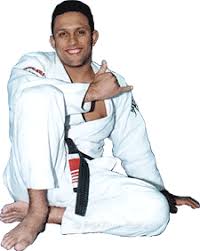 As has been reported, Renzo Gracie and six of his cohorts were involved in a street brawl with employees of Manhattan’s 1-Oak nightclub early Monday morning.

The fight, which involved members of the club’s door staff, erupted at 1:30 a.m. and resulted in Gracie and his crew being arrested by the New York City police – charged with gang assault – and one of the club’s bouncers being taken to the hospital with a broken arm.

Today, MMA fans are learning more of the details of the night, and by the account of the injured doorman, Craig Molesphini, it could mean jail time for Gracie and his entourage.

By Molesphini NYPost.com account, the fight was a “premeditated attack” and in retribution for the club’s bouncers having denied two of Gracie’s friends – “masters” – entry to the fashionable club the week prior.

As Molesphini tells it, it was something akin to a scene out of Bruce Lee’s “Enter the Dragon.”

“In my entire 14-year career, I have never seen anything like this. At 1:30 a.m. a gray van pulled up, parked in the middle of the street. Seven men exited the vehicle and started creating mayhem; screaming, pointing, (and) starting to pick fights with the security guards. One man, (who) I later learned was Renzo (Gracie), came in my direction, threw the velvet rope on the floor, ran straight into my chest, and knocked me back onto the concrete floor – onto my elbow. He was on top of me for 20 seconds, trying to punch me. But I wrapped both my arms around his neck so he couldn’t hit me, (then) somebody pulled him off.”

All of the seven men were fighting, doing MMA moves on the guards, some of whom were injured, when the police arrived. They tried to get away, but the cops parked in front of their van, which was waiting with a driver.

(It was) retribution for me not allowing two of their masters into the venue last week. This was a carefully planned and coordinated attack. The police arrested all seven of them.”

In view of it, and if Molesphini’s account is borne out in a criminal courtroom, the troop’s actions would appear to be an exceptionally ill-conceived and childish misadventure,  and one that was carried out by a group of men that should have known a whole lot better; certainly Renzo Gracie should have known better.

The fact that they showed up at the club not to party, but to confront the door staff – as per a pre-existing issue with the door staff – while leaving their van in the middle of the street with a driver in it so as to make an exit from the scene easier, and then having to be prevented from doing so by the Ney York City Police, is not a story that’s going to play well in a court. It’s going to play even less well considering the crew are all trained MMA fighters.

The only saving grace out of this for Gracie – if there is one – is that the Molesphini’s broken arm, which turned out to be a fractured elbow, was not the result of Gracie applying a submission technique, but rather the result of his falling back and hitting the “concrete floor.”  As odious as Gracie’s (alleged) actions were, the (victim) described scenario is a great deal more palatable than one which envisions the Brazilian jiu jitsu master snapping a helpless victim’s arm with a joint lock.

Taking it all into consideration, and particularly given the sport’s political enemies in New York, fans shouldn’t be surprised if the powers that be look to make an example of Gracie and his crew, and throw as much of ‘the book’ as they can at them, should they be proven guilty of the gang assault.