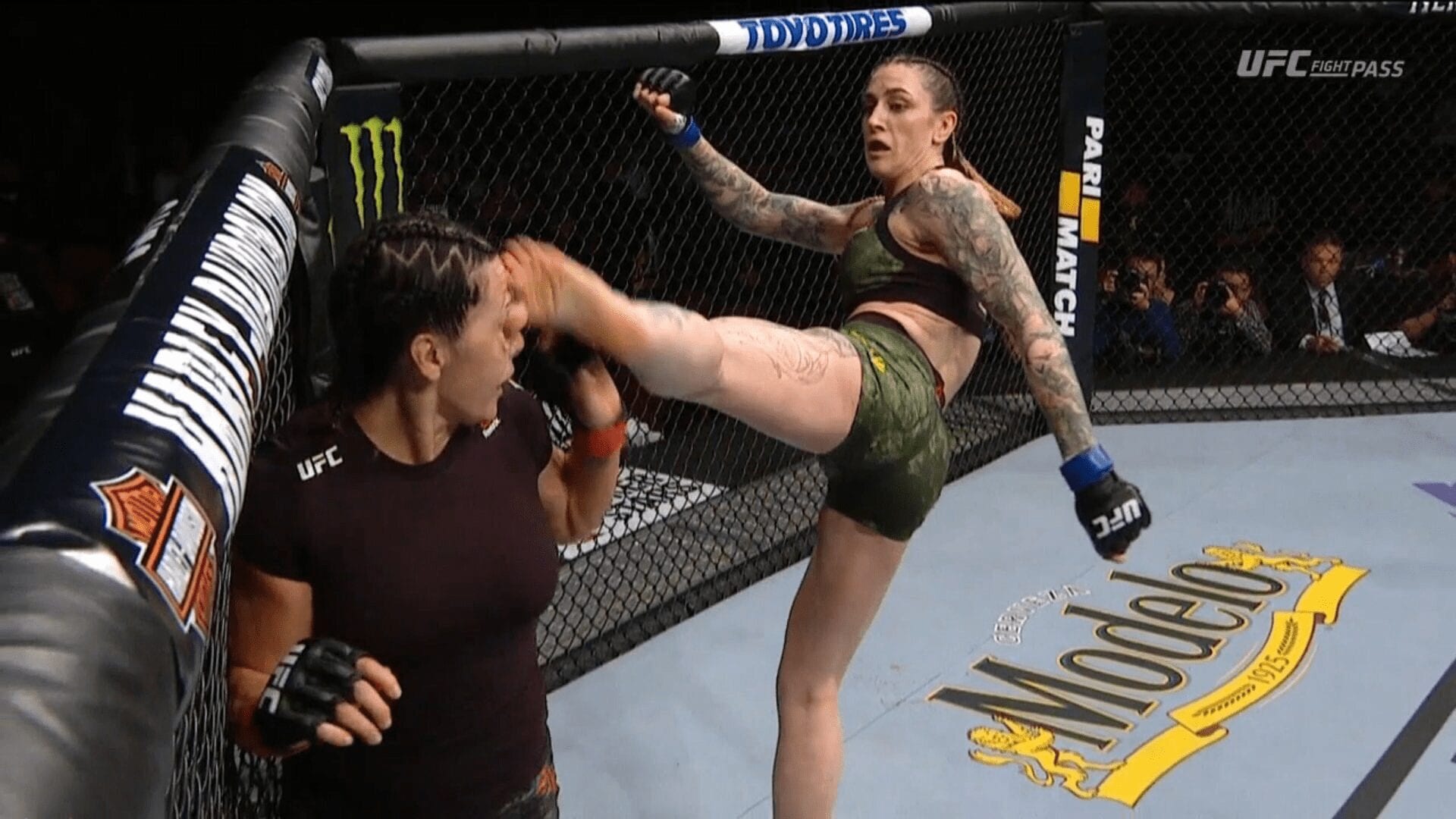 The pair matched up at UFC 232 in California before an awkward series of events ended the fight. A head kick from Anderson grazed Zingano’s eye, injuring her and impairing her ability to see. The referee did not immediately stop the bout because no rules had been broken. Therefore, after a few subsequent strikes, Anderson was awarded the TKO win.

Today (Mon. January 7, 2019), Zingano appeared on “Ariel Helwani’s MMA Show” wearing an eyepatch. She discussed her defeat to Anderson at UFC 232. “Alpha” revealed that her doctor disclosed to her she suffered iritis and retinal damage. However, she’s expected to make a full recovery (via ESPN):

“I really thought I lost my eye,” said Zingano.

Zingano also said she plans on continuing her fighting career, but currently has no timetable for her return. She’ll appeal her loss to Anderson due to the odd circumstances that led to the stoppage. With the loss, Zingano has now lost four of her last five fights inside the Octagon.

As for Anderson, this marked the first victory of her UFC career. She came up short in her promotional debut against ex-women’s bantamweight champion Holly Holm at UFC 225 this past summer, losing via decision. Anderson is hoping to put together a resume worthy of a featherweight title shot, a division currently run by “champ c” Amanda Nunes.