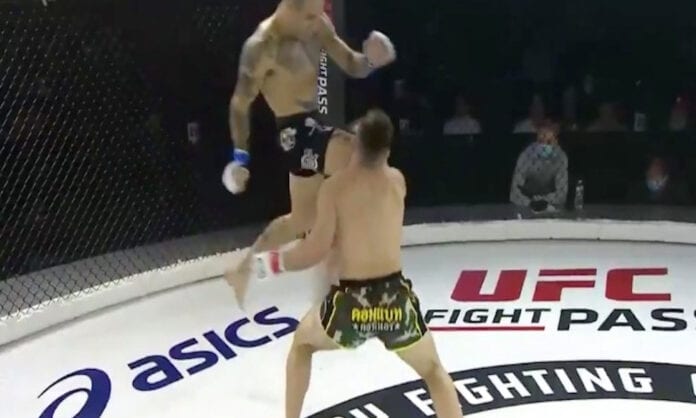 Yohan Lainesse shocked the MMA world on Thursday night when he was fighting Lirim Rufati at CFFC 86. Lainesse came out strong and landed a flying knee in just 14 seconds to end the fight in what many people consider KO of the Year. The middleweight is perfect in MMA with a record of 5-0. 4 of his wins are by first round stoppage and it seems like Lainesse has a big future behind him in the sport.

You can watch the KO below:

Lainesse has some competition for KO of the year, as this year the MMA world has been spoiled with amazing KO’s this year including Joaquin Buckley’s KO of Impa Kasanganay, Cody Garbrandt’s one punch KO of Raphael Assuncao and many more.