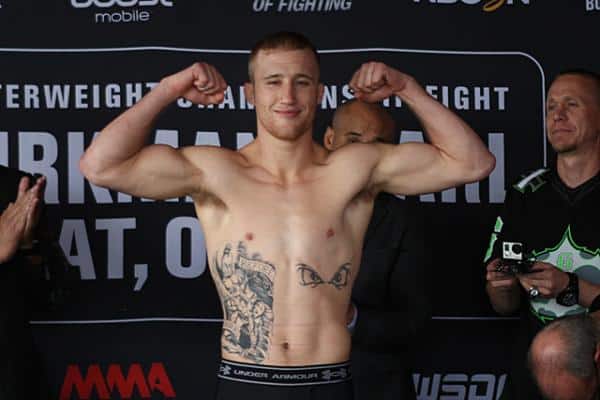 It seems as if the World Series of Fighting (WSOF) is taking a page out of Bellator’s book, as the promotion announced via their official twitter account earlier today that they will be holding a one night eight-man tournament on November 28, 2015 to determine the next challenger for the lightweight title:

Bellator was known for their tournament style years ago, and although they have drifted away from it for the most part, they will actually be holding a four-man light heavyweight tournament next month, and the WSOF will test out the tournament waters soon thereafter.

As far as who will take part in the tournament, MMAFighting.com has confirmed that the eight-man pool includes Islam Mamedov, Mike Ricci, Joao Zeferino, Rich Patishnock, Jorge Patino, Brian Cobb, the winner of the WSOF 23 bout between LaRue Burley and Brian Foster as well as one more fighter that has yet to be announced.

One interesting fact to note is that with Bellator’s light heavyweight tournament, the California State Athletic Commission (CSAC) has limited the amount of rounds in one night to five per fighter, making the first round of fights only two rounds. World Series of Fighting’s event will take place in Seattle, Washington, but details of this nature have not been made clear yet.

In regards to the current lightweight title picture, dominant WSOF 155-pound champion Justin Gaethje will put his strap on the line once again when he faces off with Luis Palomino in a rematch in the main event of WSOF 23 which is set for September 18, 2015. This fight is slated for Comerica Theater in Phoenix, Arizona.

Do you think a tournament style event is a smart move for the still young WSOF, and will you be tuning in on November 28 to see who emerges as the next contender to the 155-pound throne?