LowKickMMA.com
Home UFC News VIDEO: Woman Gets Thrown While Trying To Rush The Cage At UFC... 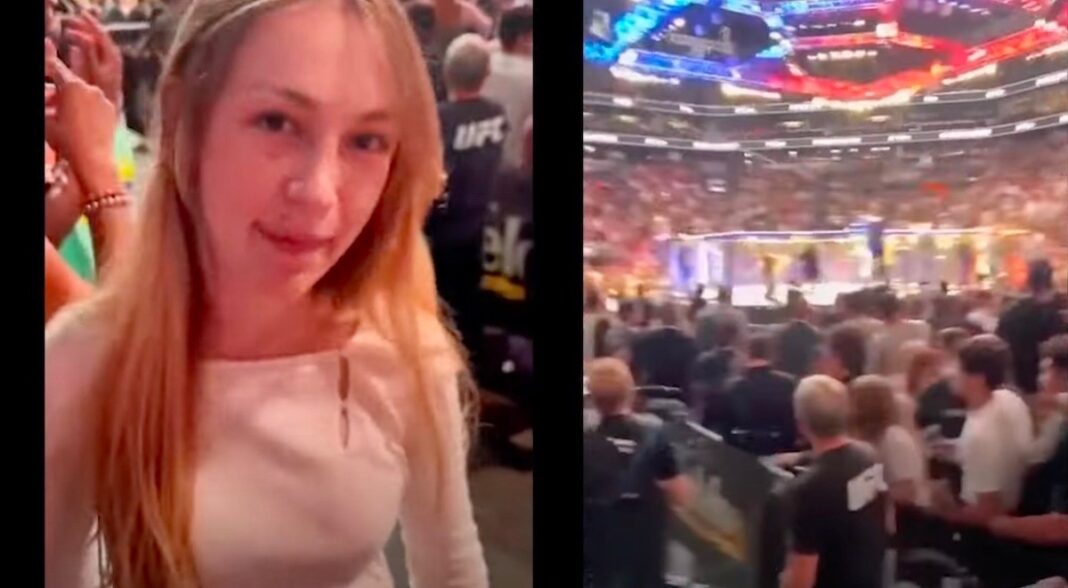 A woman in the stands at UFC 274 decided to leave the stands and rush the cage minutes after Charles Oliveira submitted Justin Gaethje, but gets absolutely demolished trying to enter.

UFC 274 had its ups and downs throughout the evening, much like this girl. She was up high trying to enter the cage, but got thrown down to the ground by the cage side security. This girl never stood a chance as she was obviously being blocked by an NFL offensive lineman. All jokes aside, it’s never a good idea to try to rush into the octagon as a fan. It will end like this one hundred percent of the time.

The real question is, how no one was able to stop her before she got up onto the cage. It was quite obvious she was looking to jump over the guard rail and make a break for it. She even stops halfway when she sees someone walk by her on the walkway. This female fan was apprehended eventually and was taken out of the facility by the security team.

According to reports, the fan was fine and suffered no injuries from the throw. She was dealt with quickly and this should be a message to all fans that think rushing the octagon is a good idea. The person recording the video had no clue who the female fan was and even says it in the video before she jumps the stands.

id you watch the video? What did you think about the girl that got thrown from the cage side?