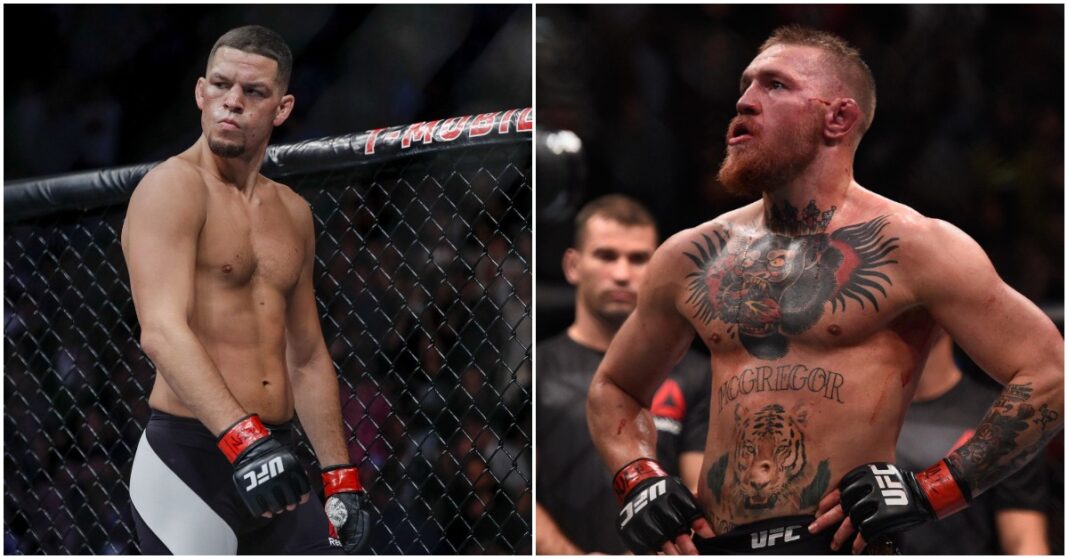 Ever since Nate Diaz and Conor McGregor fought twice in the space of five months during 2016, the MMA world has been fascinated by the prospect of a third fight to decide supremacy. Diaz won the first, at UFC 196, but McGregor had his revenge at UFC 202.

With McGregor on his way back from the leg injury he suffered in losing to Dustin Poirier in July last year, there has been renewed speculation that the trilogy might be on.

There is no doubt that a trilogy fight would generate intense interest around the world, and while neither fighter is at their peak, their reputations and their personal history would make for a compelling contest for fight fans and bookmakers alike.

The fact that, at this stage, it would be an incredibly tough fight to call also adds to the fascination. So, will we ever see Diaz v McGregor III?

Based on statements from Diaz and his camp, the answer to that question is a resounding “No!”. Since their second fight, there has been a never-ending Twitter spat between the two, which has led some to speculate that a third fight was inevitable, and McGregor has done nothing to downplay that possibility.

Yet Diaz, who is locked in a frustrating ongoing dispute with the UFC as he tries to arrange his next fight, seems to be prepared to fight anyone apart from Conor McGregor, as one of his recent social media posts underlines:

“@ufc I been trying to fight everybody and no go what’s the hold-up? I’m not fighting Conor he sucks. I’ll fight someone quit slow-rolling me please Thanks.”

Those comments followed his dismissive words in December when he brushed off the prospect of a fight with McGregor, saying that he was not going to face the Irishman until “his leg grows back”. That seemed to be pretty conclusive, but as we know, things are rarely as they seem in the world of MMA.

The return of Notorious

After breaking his leg in that highly anticipated but ultimately one-sided fight with Dustin Poirier, there had been some conjecture that McGregor might not return to the octagon, and there has been ongoing speculation about alternative fights, including a possible bout with Jake Paul.

While some uncertainty remains about whether he will be returning in July or in the fall, it seems likely that McGregor’s next fight will be with UFC – but not with Diaz.

McGregor has updated fans continuously about his recovery and his return to training, as well as calling out Kamaru Usman, the current welterweight champion. A fight with Usman would open the chances of McGregor becoming the first man to win a title in three different UFC weight classes.

McGregor has gone down this road before, proposing a contest involving Usman as far back as January 2020, after he beat Donald Cerrone at UFC 246. Now, he seems to be serious about moving to the welterweight class when he returns, suggesting that he is gaining weight under his current training program.

If he does take on Usman, it seems that McGregor will have to wait. British challenger Leon Edwards, with a 30-0 record, has been given the green light to fight the Nigerian first. So, that leaves open the question of who McGregor will line up against next, with Diaz also looking for a fight.

A rematch with a strong contender trying to push McGregor into a title fight would be a savvy business move by the UFC for his comeback, with names like Jorge Masvidal and Colby Covington, as well as Diaz, among the possible opponents.

While Diaz is justified in questioning McGregor’s recent record, which reads Lost, Won, Lost, Lost, it is worth remembering that his own record shows that he lost three out of his last four fights.

Diaz had been advocating for a fight with Dustin Poirier, and Poirier had joined him in his efforts. But UFC President Dana White has pretty much ruled that contest out, leaving Diaz with fewer options.

In that case, as the year draws on, the prospect of not having a high-class contender lined up adds to his frustrations. It is possible that a fight with Notorious might become more appealing, though the arrangements and negotiations ahead of a trilogy fight would be extremely tough and prolonged.

Currently, Diaz has one fight remaining on his contract but with no indication of when or who he will fight again, the frustration is clearly mounting in his camp.

Could that propel him towards a trilogy fight that many in the MMA world would love to see? Time will tell, but all the indications are that fans of both fighters shouldn’t give up on the idea just yet.