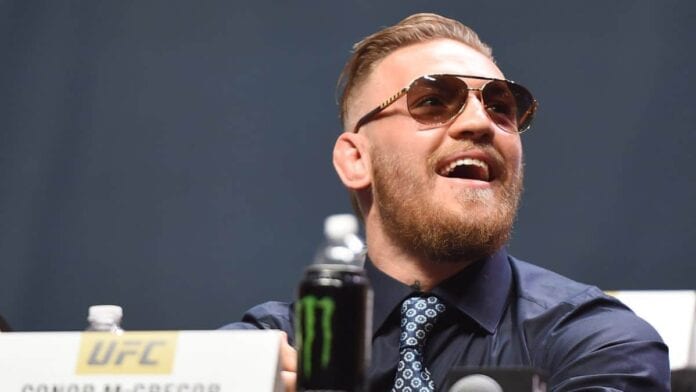 The UFC will reveal the upcoming schedule for the rest of this year at a press event from Los Angeles this week.

Earlier today (Wed., August 1, 2018) the promotion announced a “special” press conference featuring “more than a dozen” fighters from upcoming cards in the latter half of the year. The press conference will start at 1:30 p.m. PT/4:30 p.m. ET, and will be held at The Orpheum Theatre in Los Angeles, California, the site of the UFC 227 ceremonial weigh-ins, which will follow the press event.

The UFC is calling the conference its “25th anniversary seasonal press conference,” and while no fighters have been named as officially attending, welterweight champion Tyron Woodley and his upcoming opponent Darren Till will be in attendance according to MMA Fighting. Fans can obtain tickets for free starting tomorrow morning through TicketMaster.

Of course, the biggest speculation is that the headliners for October’s UFC 229 and November’s UFC 230, both expected to be major pay-per-views from Las Vegas and New York, respectively, will be announced at the presser, with Conor McGregor‘s oft-discussed return against Khabib Nurmagomedov potentially happening at one of the events. With “The Notorious'” legal issues in the past after his recent plea deal for his Brooklyn assault, his path to return has never seemed more realistic.

Nothing has been confirmed, of course, but if the UFC wants McGregor to save their 2018 while there’s still time, it would make sense to announce his feverishly-anticipated comeback as soon as they can.