LowKickMMA.com
Home Polls Who Should A Resurgent Junior Dos Santos Fight Next? 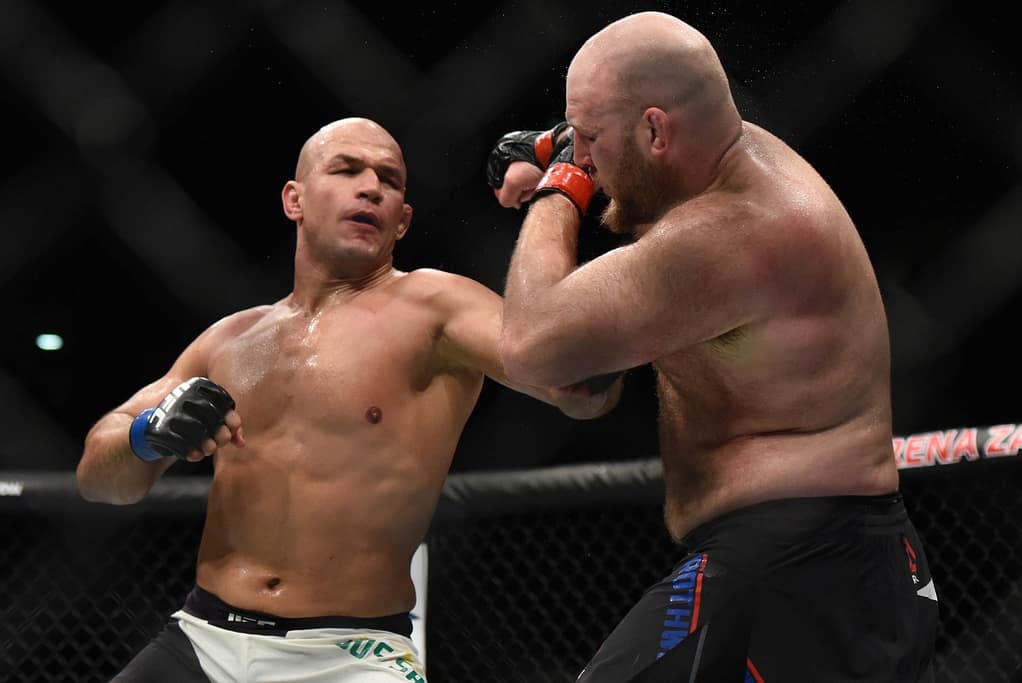 With many calling it a day on his decorated MMA career after a his first-ever TKO loss to Alistair Overeem in December, former UFC heavyweight champion Junior dos Santos silenced his critics in a big way when he dominated the streaking “Big” Ben Rothwell in the main event of yesterday’s (Sun., April 10, 2016) UFC Fight Night 86 from the Zagreb Arena in Zagreb, Croatia.

Dos Santos righted the ship in a big way, out-striking Rothwell is every facet of the bout, which was contested entirely on the feet. “”Cigano’s” speed, footwork, elusiveness, body work, and accuracy were all on full display, and perhaps most encouraging for his fans was the clear fact that he returned to his confident, boxing-centered style of old after making a recent camp change to Florida’s American Top Team (ATT).

So “JDS” is right back in the title mix in the volatile and shallow heavyweight title picture, and with most of the top fighters booked in big fights right now, dos Santos should have a huge fight coming up once the next wave of bouts is complete. He’s already fought (and beat) both participants of the upcoming main event between champion Fabricio Werdum and Stipe Miocic, so a rematch with either of those top competitors would already have a built-in backstory.

He’s also beat and lost to former champ Cain Velasquez, who will take on Travis Browne at UFC 200, and his latest loss was to Overeem, who meets Andrei Arlovski in the main event of May 8’s UFC Rotterdam. So while the schedule might not feature many fresh faces for “Cigano,” the intriguing match-ups are there for him nonetheless.

Whom do you think he should face in his next bout?