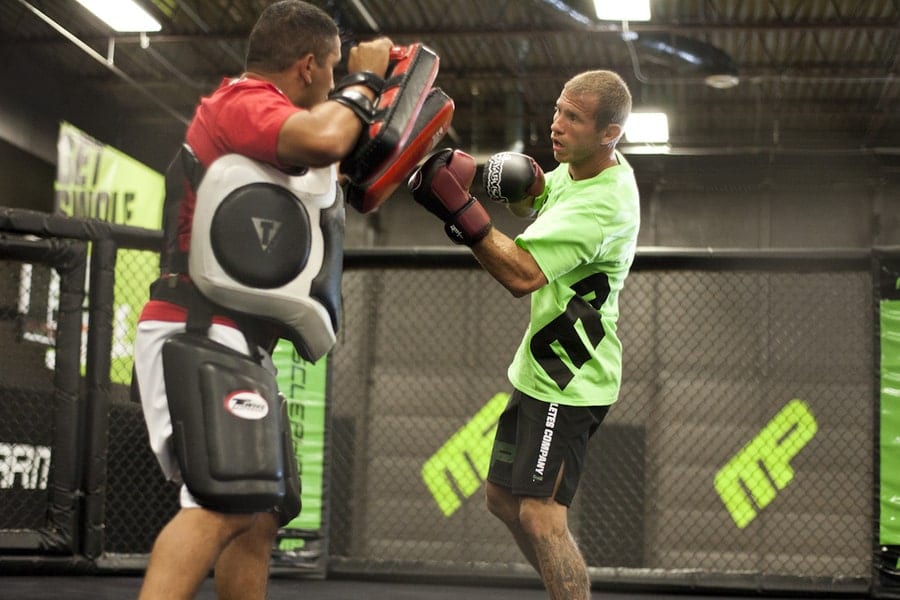 UFC lightweight contender Donald Cerrone will face Rafael dos Anjos at UFC on FOX 17 this coming December 19, in an attempt to capture the Brazilian’s crown in a rematch of their first fight in 2013. ‘Cowboy’ got bested on the scorecards that night, but has looked like a completely different fighter since. Racking up eight straight victories including notable names like Eddie Alvarez, Benson Henderson, Jim Miller, Myles Jury and Edson Barboza, ‘Cowboy’ is experiencing prime form.

An ongoing beef with UFC interim featherweight champion Conor McGregor has provided an interesting dialogue outside of his scheduled title fight with dos Anjos, but make no mistake, Cerrone is very focused on getting that belt. Recent video footage from ‘Cowboy’s’ Instagram account shows him putting in work with women’s bantamweight contender Miesha Tate and her boyfriend Bryan Caraway at the Xtreme Couture gym, and his pad work is looking tight, to say the least.

Cerrone took to Twitter to also reiterate how serious he is about taking the belt from ‘RDA,’ check it out:

Y'all thought I was fucking around about this belt. Mother fucking #Andnew https://t.co/bvR4wCPMKV

The video of Cerrone rolling with ‘Cupcake’ and working the pads rivals UFC featherweight champion Jose Aldo‘s recent instalment of lightning kicks. ”’Cowboy’ is a legitimate Muay Thai champion and puts the kicks to work with great effect in the octagon. Check out the Instagram upload:

As if that weren’t enough ‘Cowboy’ content, the former WEC star and current top ranked UFC 155-pounder has made a video blog of his recent antics. Cataloguing his UFC medical exam and trip to the pro bull riding world finals, Cerrone uploaded the following video to his BMF Ranch youtube channel: