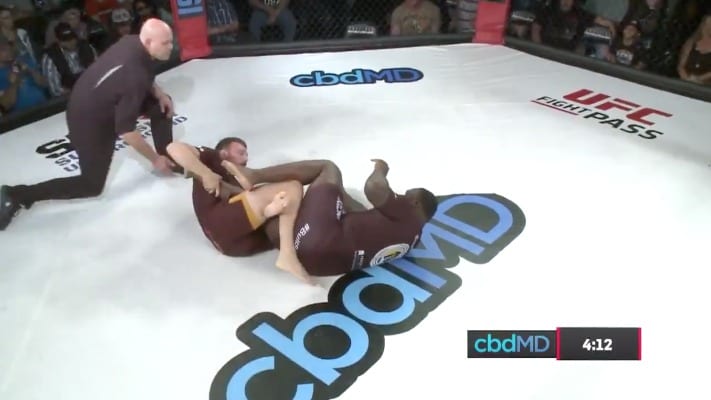 Johnson took part in a heavyweight grappling match against Brazilian jiu-jitsu star Craig Jones to headline Submission Underground 9. Things ended pretty fast, as Jones immediately got ahold of Johnson’s leg, forcing “Rumble” to tap out via heel hook. The official time of the finish came in at 47 seconds.

Johnson took to his Facebook page shortly after the event and issued a message to fans, saying it was some of the most fun he has had in a long time:

“I just had the most fun I’ve had in a long time time. No pressure, was focused. So much fun preparing. Met some cool people and competed against one of the best and was out of my comfort zone. I lost but I still won in my opinion cause I had a blast.”

In his post-match interview, Johnson was asked by Chael Sonnen about possibly returning to mixed martial arts (MMA) competition in the UFC. Johnson noted, if the price is right, he’s down to return to fighting action.

What did you think about Johnson getting submitted in just 47 seconds by Jones?