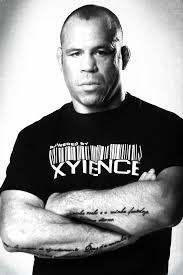 The backend of the UFC’s May 31 doubleheader has been put to bed and with the final bell having been rung in Sao Paulo, Brazil, the second half of the Fight Pass day – The Ultimate Fighter (TUF): Brazil 3Finale – appears to have been shy one audience member of note.

Absent from the Ibirapuera Gymnasium this evening was Wanderlei Silva.

Silva was one of the two fighters assigned to coach the third season of TUF Brazil and was originally scheduled to fight at the night’s event. However, Silva’s fight with fellow TUF coach Chael Sonnen was switched to UFC 175 and subsequent to that, Silva was given the night off to enjoy the card and support his team.

This past week, however (May 28), Silva ran afoul of the Nevada State Athletic Commission (NSAC) and the UFC itself, by failing to provide the governing body with biological samples as per a random drug test. With that, the senior circuit summarily removed Silva the upcoming July 5 card in Las Vegas.

To say the least, and apparently in the view of most fans, it left Silva with a lot of egg on his face. Moreover, his lack of presence at the San Palo show left many wondering whether or not the promotion had banned Silva from attending event.

At the post-fight press conference the question was put to the head of the UFC’s operations in Brazil, Grace Tourinho, and to it, she stated that she had expected him.

With that – and assuming that Tourinho answered honestly – then it appears “The Axe Murderer” was possibly too embarrassed to show up. Further, it might simply mean that he didn’t want to be in close proximity to Sonnen, who, for the record, was at the event.

Regardless, fans can deduce two things from Silva not being at the TUF Finale. One, he has a Fight Pass membership and didn’t need to see it live-in-person. And second, that he let down the team that he’d signed on to coach by not showing up and supporting them in person.

All in all, it wasn’t a great public relations week for Silva.