Sitting down to talk to LowKick MMA, the former UFC light heavyweight champion was asked about the upcoming exhibition boxing match between the 50-0 Floyd Mayweather and YouTube star Logan Paul, who dropped his debut match against fellow internet star KSI. Though many fans have dismissed the bout as a farce, Belfort sees the logic in the matchmaking.

“(Mayweather)’s brilliant in business… as a businessman in fighting, he’s one of the greatest,” Belfort said. “He really knows how to make money, how to create value. He sees an opportunity and he says, ‘Why do I need to fight a great fighter if I can fight a YouTuber and give what people want to see?’ Remember, they want to see something different. They don’t want to see boxing anymore. And that’s why the promoters need to open their eyes and say, ‘We need to become entertaining as well.’

“I don’t doubt the UFC is going to start putting YouTubers to fight,” Belfort continued. “That’s where the money is going to go. Because why? Because people want to see that. They don’t want to see the fighters. The fighters kill, they put their lives on the line, and (fans) don’t want to buy. But now you have a YouTuber fighting… they want to see it. So, you got to go where… as a promoter, it’s a different mindset. I think he really saw an opportunity.”

Belfort also thinks there might be another reason why Mayweather isn’t looking for fights against other combat sport athletes, such as The Phenom himself.

“Why (doesn’t) Mayweather fight me?” Belfort asked. “Mayweather, instead of fighting a YouTuber, can fight me. For example, I wear big gloves, he can wear headgear. But that would be a fight. Now, he’s fighting a professional fighter. (Paul)’s a professional YouTuber. Why (Mayweather) doesn’t fight me? Maybe I can only throw 2 hard punches in the round. You can put some fun rules, but now you have the weight problem. The rules of Nevada… in boxing, you can’t fight in openweight.”

Despite his ability to see the silver lining around Logan Paul’s matchup, Belfort was less enthusiastic about Jake Paul’s callout of MMA fighters following his knockout win over former NBA star Nate Robinson.

However, Belfort wasn’t entirely negative towards the younger Paul brother.

“The kid looks good. I like the YouTuber. (Jake) looks good, he looks sharp. He throws a nice overhand, it really looks like he was training… I really think if I had a chance to work with him, he could be really dangerous in hand-to-hand combat. He hits hard. But like I said, now he’s in entertaining, so you’re open for so many people to say, ‘Oh, I challenge this guy, I challenge this guy.’

“He challenges guys that are really easy to beat,” Belfort continued. “(Danis) has barely started his career in MMA. He’s a grappler, he doesn’t know how to strike. I’m sorry, but he’s weak in striking. So, find someone your size. When you call someone out, you call them out for 2 reasons: you can make a lot of money, or you can win. That’s how they call people out. Why he doesn’t want to call me out? They’re always going to call (you out) if they can win or if they can make money. I think that’s where we’re going right now. It’s another avenue of business being created as we speak.”

Like all things, only time will tell who is right about the matchup. Boxing matches between Mayweather and two-division UFC champ Conor McGregor, as well as a recent fight between 54-year-old Mike Tyson and 51-year-old Roy Jones Jr., were also scoffed at, only to each draw in well over a million pay-pay-view buys. Perhaps Belfort is right, and celebrity fights will be the things of the future. Because whether people are tuning in as a joke or out of genuine curiosity, promoters can ride them to the bank.

What do you think about Vitor Belfort’s comments? Will we see YouTubers in the UFC octagon any time soon? 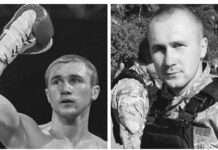