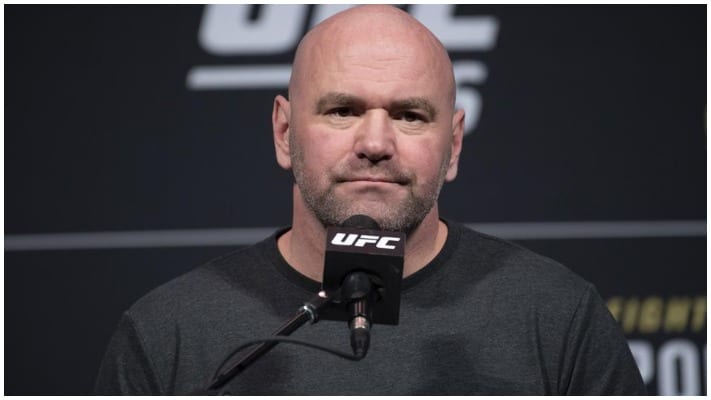 UFC president Dana White has slammed “the state of boxing” after Floyd Mayweather revealed he has been booked to fight YouTube celebrity Logan Paul.

Mayweather announced the news on social media Sunday evening as his exhibition with Paul is set to take place on February 20.

In an interview with NELK, White laughed as he reacted to the news Mayweather will fight Paul while also speaking on the current state of boxing, he said.

“When people ask me what’s the state of boxing right now? That’s where it’s at. Didn’t that kid get beat up by the f*****g video game kid from England and now he’s going to fight Floyd Mayweather?”

Mayweather retired from boxing in 2017 after improving his perfect record to 50-0 in a huge crossover fight with former dual weight UFC champion Conor McGregor. Since retiring he has returned to the ring just once for an exhibition bout against Japanese kickboxing sensation Tenshin Nasukawa who he defeated via first-round TKO in December 2018.

Paul has fought professionally just once. The popular YouTuber fell to a split decision loss against fellow internet celebrity KSI in their September 2019 rematch of a fight that took place under amateur rules in 2018 and ended in a majority draw.

Do you agree with Dana White? Does Floyd Mayweather fighting Logan Paul show what a bad state boxing is in right now?