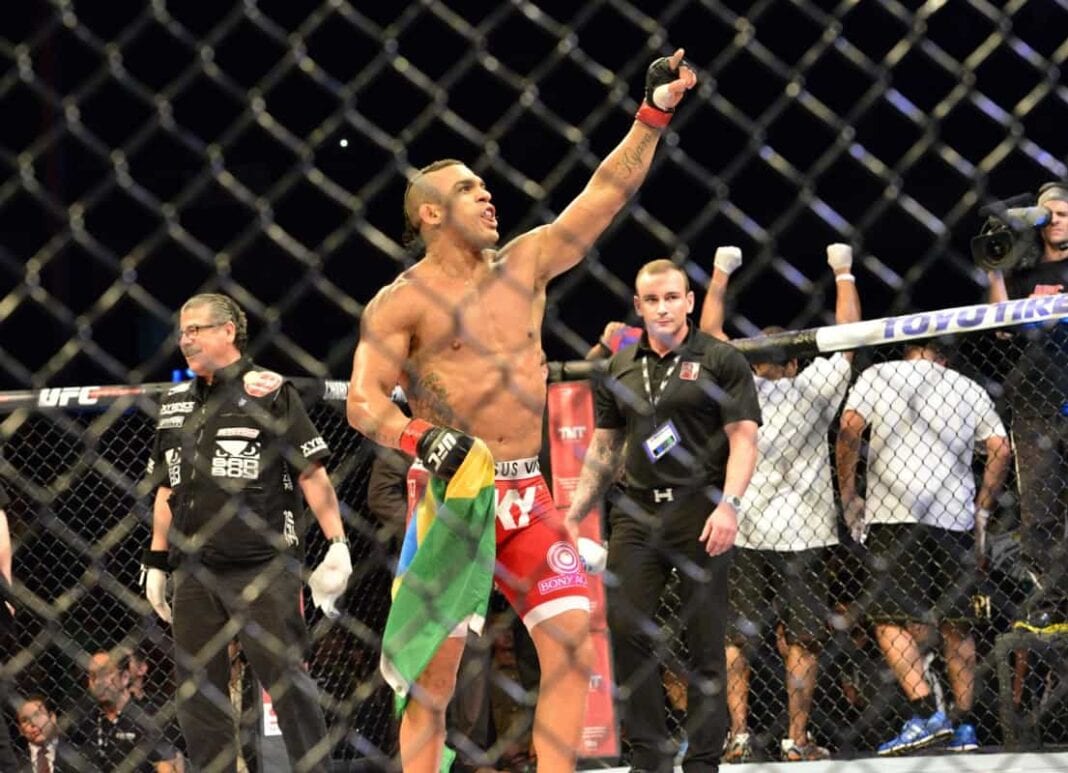 After destroying three high quality opponents with vicious head kicks in 2013, UFC middleweight title contender Vitor Belfort has been on the shelf for the entirety of 2014 following the highly publicized ban of testosterone-replacement therapy (TRT).

The ban forced Belfort out of his scheduled title fight against Chris Weidman at May’s UFC 173, but despite the finding that “The Phenom” failed an NSAC-mandated drug test back in February, the bout was rescheduled for December 6’s UFC 181 after Belfort was licensed on the condition that he submit to increased random testing. Belfort has since passed a random NSAC test.

Weidman was forced from the bout with a hand injury, pushing the fight back to February 28’s UFC 184 in Los Angeles. That gives Belfort even more time away from TRT, the controversial treatment that many believe aided him along him impressive streak of knockouts.

Appearing in a recent interview with Brazil’s SporTV, Belfort said that using TRT turned “boring” for him and he is now actually faster and stronger than he was then:

“It was better for me (the end of TRT) because I left a boring treatment that was bothering me, and now I’m stronger, lighter and faster. So, for me, it was wonderful. Doesn’t matter what my blood says, nor the result of the blood test. What matters is what is in my head.”

Many might argue that those statements are questionable, as Weidman posted a before-and-after picture of Belfort that clearly showed the effects that weaning off the therapy had on his body. But “The Phenom” dispelled that notion, claiming that he’s taken the entire year to hone his technique:

“It was banned? There is no problem. I took 2014 to improve some techniques. I know that is hard to believe but I’m better now. I have been improving my skills, my kicks, my boxing, my endurance, my grappling, my strength and my footwork.”

We’ll have to wait and see if that translates to the cage for the 37-year-old Belfort, because he obviously has his hands full with the undefeated and confident Weidman.

However, if his latest UFC results are any indication, we just can’t count him out of any fight given his scary hand speed, power, and aggressiveness. With Weidman’s pressure-heavy style set to collide with “The Phenom,” can Belfort overcome the loss of TRT to win against one of the world’s best?