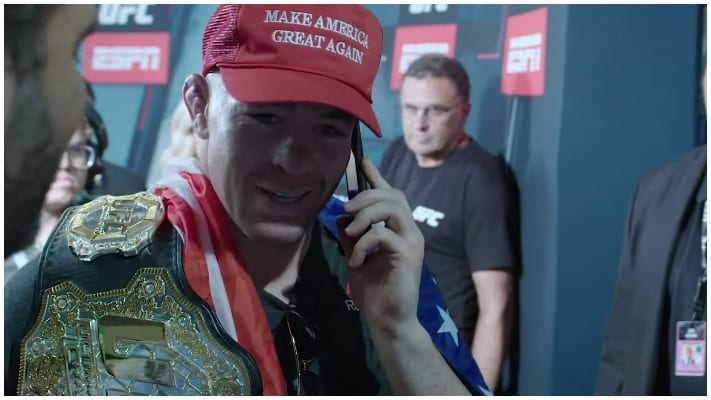 “Chaos” made it seven wins in a row following a dominant decision victory over former champion Robbie Lawler in the UFC Newark headliner last night. He is now in line to face current champion Kamaru Usman next in what should be a huge welterweight showdown.

Covington also had the recognition and support of the Trumps. Before his fight, President Trump wished him well on Twitter while Donald Trump Jr. and Eric Trump were in attendance showing their support for him.

However, Covington’s night was undoubtedly topped off when he received a congratulatory call from Trump following the win.

What did you make of Covington’s performance?