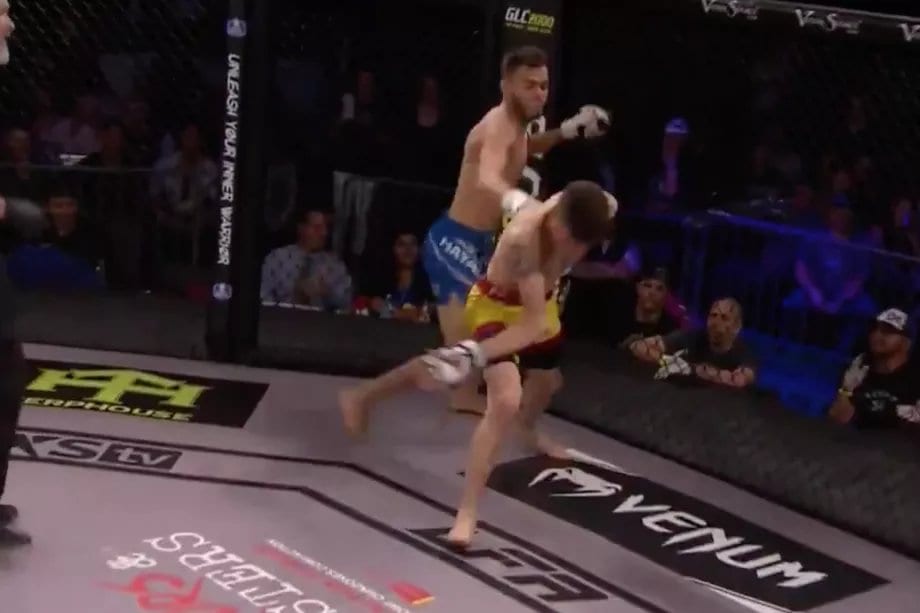 There was one scary injury at LFA 39.

The event took place on Friday night (May 4, 2018) at the Dodson Arena in Vail, Colorado on AXS TV.

Just 40 seconds into his flyweight bout against Brandon Royval, Jerome Rivera suffered a scary injury with his elbow once he pushed off the cage.

As a result, his elbow bent the opposite direction. He noticed that he was injured and tried to get away from Royval but Royval chased after him as he was unaware of the injury and landed a head kick.

Rivera tried to walk away and signal that he is injured but the referee couldn’t get there in time right before Rivera was dropped by a head kick as he was turning away. This led to the contest being stopped.

Royval improved his MMA record to 7-3 while Rivera dropped to 7-2 as a result of this finish, which you can watch here:

Here are the results from this event: