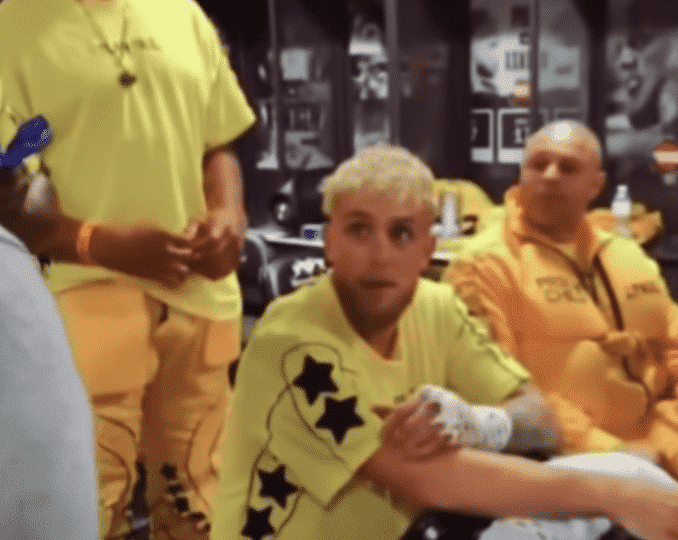 Jake Paul and his team had a few words to share with Tyron Woodley before the Ben Askren fight.

Paul took on Askren in the Triller Fight Club headliner last night and delivered an emphatic right hand to get an easy first-round TKO win and go 3-0 as a result.

Woodley was cornering Askren for the fight and as it turns out, he had some heated words with Paul and super middleweight J’Leon Love backstage before the fight.

Woodley kept calm as he spoke of his world titles in mixed martial arts while Love — who was helping Paul during his camp — kept provoking the former welterweight champion and mentioning how he hasn’t achieved anything with boxing gloves on.

Former UFC two-weight champion Daniel Cormier wasn’t a fan of how Woodley was being spoken to as he took to Twitter on Sunday to comment on the video and Love in particular.

“I mean the way this dude talked to T- wood makes my skin crawl. All these kids are going to get taught a lesson I swear. And I can’t wait for it, @JLeonLove you can’t fight. Better respect dudes like @TWooodley before he puts his hands on you. He ain’t Ben!”

What did you make of the altercation?