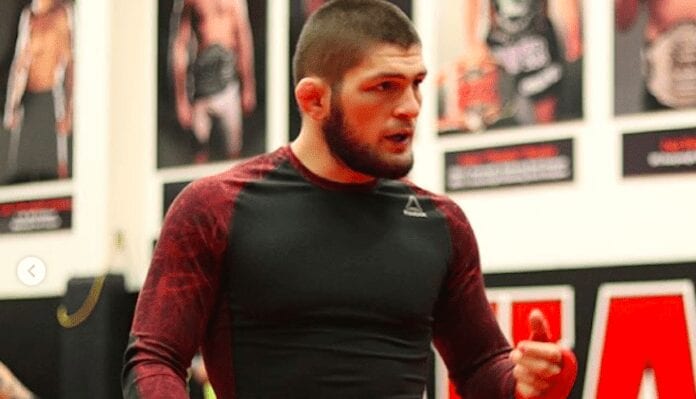 The undefeated UFC lightweight champion is the most dominant force in mixed martial arts right now. Khabib has laid waste to most of his opposition, and the odds state he’ll do the same to McGregor when they finally do battle.

He could face his most dangerous test when he meets McGregor in the main event of next Saturday night’s (October 6, 2018) UFC 229 from the T-Mobile Arena in Las Vegas, Nevada, nonetheless.

It’s definitely the biggest and most lucrative of his burgeoning fight career. There’s been little mainstream promotion for a fight of this magnitude it seems. But Khabib is focused on doing what he does best inside the cage no matter what.

Because of the hype involved, Khabib recently released a video with an inside look at his training camp at California’s American Kickboxing Academy. There, he continues to sharpen his peerless MMA wrestling skills with decorated UFC fighters like Luke Rockhold. Watch the first episode of his UFC 229 training camp focus right here: