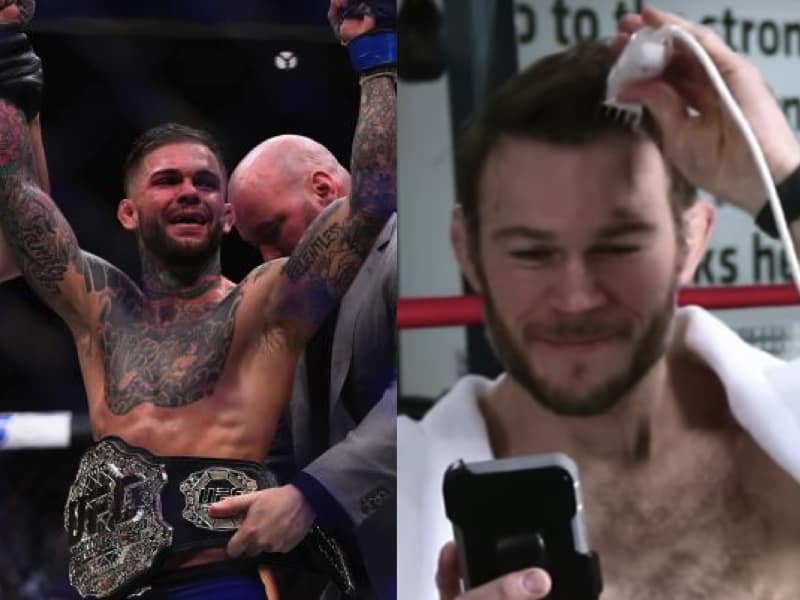 Cruz’s first and only loss of his mixed martial arts (MMA) career came via guillotine choke in the first round of his debut for the WEC promotion back in 2007. The man who handed Cruz that loss is none other than Garbrandt’s longtime coach and mentor Urijah ‘The California Kid’ Faber.

After the loss Cruz would go on to construct a 13-fight win streak, that included two decisive wins over Faber to avenge his sole loss, becoming the inaugural UFC bantamweight champion in the process.

Garbrandt would find his way into the title picture after starting off his MMA career undefeated with 10 wins, utilizing his amazing knockout power to earn nine of those victories. The 25-year-old challenger was not expected to be the one to finally dethrone Cruz from the 135-pound mountain, and one UFC Hall Of Famer who shared those sentiments was former light heavyweight champion Forrest Griffin.

Griffin bet Garbrandt that if ‘No Love’ emerged victorious in his war with Cruz, he would shave the hair off of his head. Although Garbrandt told Griffin not to follow up on their wager in the post-fight press conference, Griffin stuck to his guns and shaved his head in the following video: