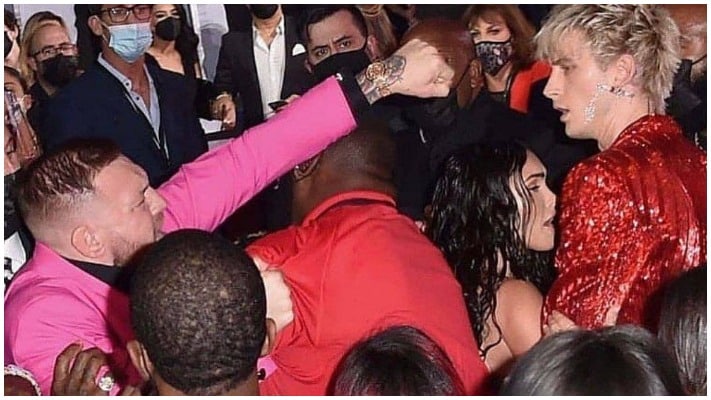 Conor McGregor got into a nasty altercation with Machine Gun Kelly at last night’s VMA awards.

The Irishman is only just back on his feet after suffering a nasty leg break at UFC 264, an event the rapper and girlfriend Megan Fox was in attendance for.

According to TMZ Sports, it appears McGregor tried to approach MGK to thank him for supporting at his last fight. ‘Notorious’ was pushed away by security working for Kelly, and this may have caused McGregor to spill his drink.

The former dual-weight UFC champion gathered his thoughts before launching a drink at MGK and Fox. McGregor even threw a punch before the fracas was broken up and both men entered the awards ceremony.

Check out footage from the incident below.

Do you think Conor McGregor was out of line for his behaviour towards Machine Gun Kelly at the VMA Awards?