LowKickMMA.com
Home UFC News Video: Conor McGregor Back To Kicking Again For The First Time Ahead... 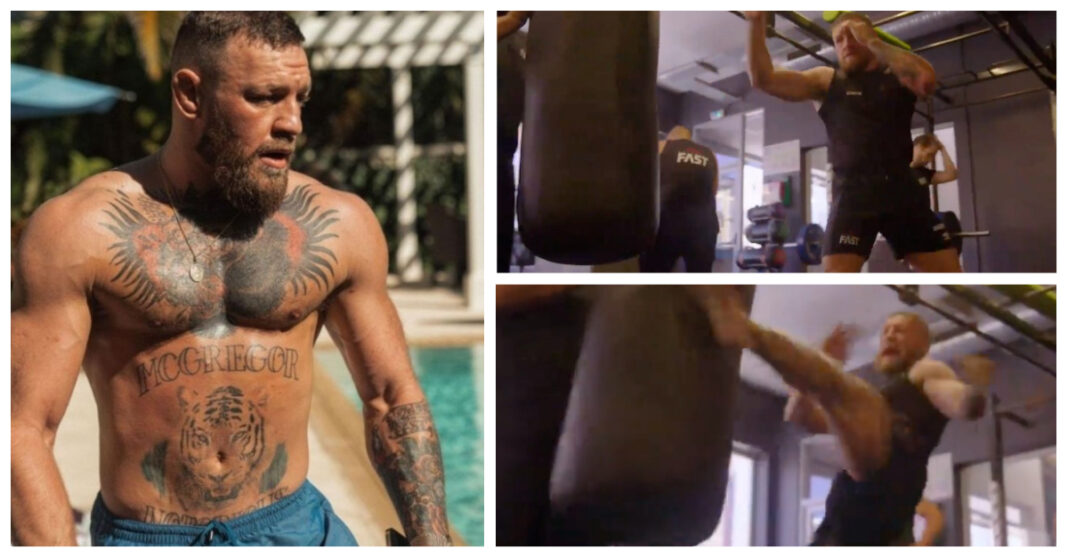 Conor McGregor inches a step closer to returning to the UFC.

Having been on the sidelines for about a year, McGregor has remained out of action since his last outing against Dustin Poirier in July 2021. McGregor suffered a broken fibula in his second loss of the year to ‘Diamond’ and needed surgery to get back on track.

Conor McGregor is back to kicking again for the first time

‘The Notorious’ has shared regular updates about his recovery with his fans. He was seen hitting the pads again earlier this year but had yet to get back to kicking. The 33-year-old Irishman is still the biggest draw in the sport and has indicated that he’s looking to return to the cage first over a potential boxing match.

He looks closer to making his comeback than ever. In a video uploaded to his Instagram, Conor McGregor shared a training video of him working on the heavy bag using his kicks, something we hadn’t seen since the horrific injury.

You can watch the full video below, courtesy of Chisanga Malata from Sun Sport.

Who will ‘The Notorious’ fight in his return?

There has been a lot of talk regarding who McGregor’s next opponent would be. A fourth outing against Poirier is on the cards as well as a third bout with Nate Diaz, who seems to have been on ice by the UFC for that exact matchup.

McGregor has expressed a desire to challenge the current UFC Welterweight champion, Kamaru Usman, in his return as he eyes a third division title to his name. An outing with ‘The Nigerian Nightmare’ may not offer the most suitable of results for the promotion and could be down the line if not for an immediate one.

Mike Tyson advised McGregor to work his way back to the top by getting a couple of tune-up fights. UFC President Dana White believes a showdown between McGregor and Michael Chandler would make a lot of sense. There’s also Jorge Masvidal, the second biggest draw in the promotion, rallying for what could possibly be the biggest fight in UFC history.

Who do you want Conor McGregor to fight in his comeback?