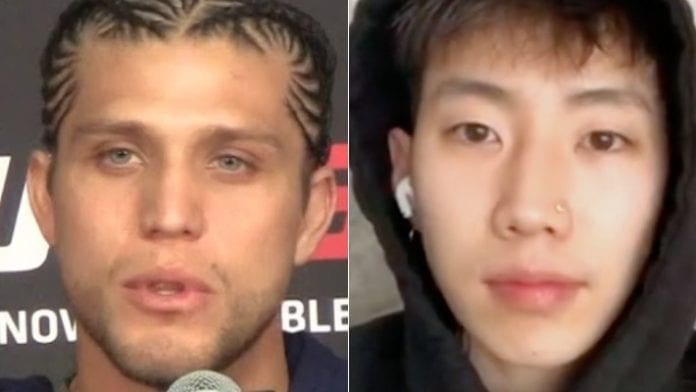 The top contender at featherweight allegedly slapped the friend of divisional rival Chan Sung Jung AKA ‘The Korean Zombie’ at UFC 248 this weekend.

Ortega and ‘Korean Zombie’ had been scheduled to fight at UFC Busan late last year. Unfortunately, ‘T-City’ was forced to withdraw from the fight on late notice due to injury and MMA legend Frankie Edgar filled in against Jung.

During an appearance on Ariel Helwani’s MMA Show Jung said via Park that Ortega was scared to fight and was ducking him. Immediatley reacting to the comments on Feb 10, Ortega posted on social media, he said.

“When I saw him (Chan Sung Jung) in Korea he apologized and said sorry for the trash talk and I said all good because at least you came at me like a man. Now you just a b*tch dawg. Jay Park welcome to the fight game don’t be surprised if I slap the sh*t out of you when I see you. Having an injury and ducking are 2 different things.”

READ MORE:  Watch: Luke Rockhold gets fired up at the official UFC 278 weigh-in; 'What you want?! F*cking let's go!'

Ortega’s anger was clearly directed at Park at UFC 248 as he waited for ‘Korean Zombie’ to move away from the area before approaching and assualting his freind Park, who believes he did nothing wrong to justify Ortega’s actions, he said.

“For me, to be honest, I don’t feel like I did anything wrong. I just translated. I never put words in Zombie’s mouth. I’ve never put up a [social media] caption for him. I never told him to trash-talk. I have a lot of respect for fighters. They put everything on the line—they train hard, they fight for their family.” (Transcribed by ESPN)

Has your opinion changed towards Brian Ortega after this incident?