LowKickMMA.com
Home Interviews Exclusive: Victor Altamirano plans to “fire at will, shoot to kill” when... 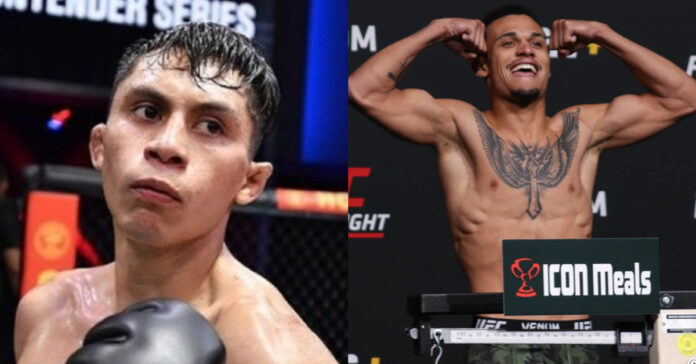 The UFC flyweight is scheduled to make his second UFC appearance where he aims to earn himself his first win within the promotion.

Previewing his upcoming bout, during a recent interview with LowKickMMA’s Mike Owens, Victor Altamirano has exclaimed he is purely motivated in finding a stoppage victory on Saturday night.

“The plan is to fire at will, shoot to kill,” Altamirano stated.

Although the Mexican native has yet to get his hand raised in the UFC, Altamirano hasn’t let that dampen his motivation nor stop him from envisioning what life would look like after a highlight win at UFC 278.

“Let’s get more fights, let’s climb up that ladder, let’s get on the rankings, let’s make it to the top 10/5. Let’s start fighting the top ones, let’s get closer to the belt if not the belt itself.”

Victor Altamirano breaks down his fight with Daniel da Silva

Following a rigorous training camp, Altamirano also detailed what areas of Daniel da Silvas’s game he has made sure he is cautious about.

Despite remaining cautious of what remains across from him in the Octagon, ‘El Magnifico’ is confident he is prepared for the challenge and will make Silva feel his power.

“We know we love to fight but now we need to enjoy finishing the fight, we focused on this a lot. It’s like, look we’re going to fight let’s make this short and sweet, let’s finish it, let’s enjoy that tap, snap or nap.”