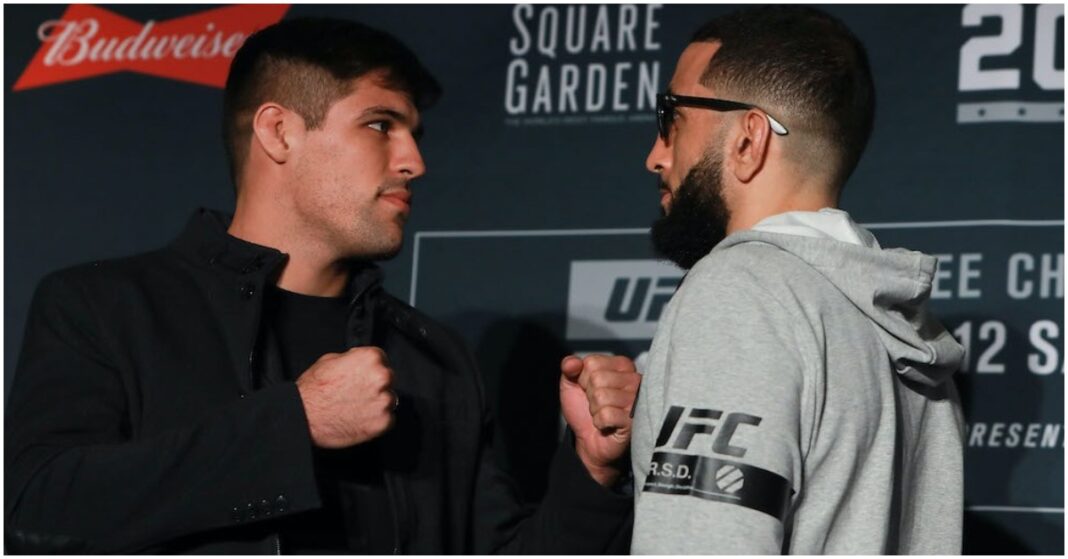 Two of the best at welterweight, Vicente Luque and Belal Muhammad, will square off in the main event of the UFC’s April 16 card according to a report from Brett Okamoto of ESPN.

“Vicente Luque (@VicenteLuqueMMA) vs. Belal Muhammad (@bullyb170) will headline UFC Fight Night on April 16, per sources,” Okamoto wrote on social media. “Ranked Nos. 4 and 5 in the UFC, respectively. Rematch of a fight that took place in 2016, which Luque won via TKO. An impactful one for the division.”

As mentioned above, this will be a rematch of a fight that went down in 2016. On that occasion, Luque caught Muhammad with a lead left hook and dropped him before following up with ground strikes for the first-round TKO win.

Since then, Luque has gone 10-2 in the UFC and has only suffered defeats against Stephen ‘Wonderboy’ Thompson and Leon Edwards. ‘The Silent Assassin‘ is currently riding a four-fight win streak that includes victories over Michael Chiesa and Tyron Woodley.

Muhammad has been just as impressive since his first fight with Luque. ‘Remember The Name’ has picked up 10 wins with one defeat since then and is currently riding a six-fight win streak that includes high-profile victories over Thompson and Demian Maia.

Who do you think will win on April 16? Vicente Luque or Belal Muhammad?