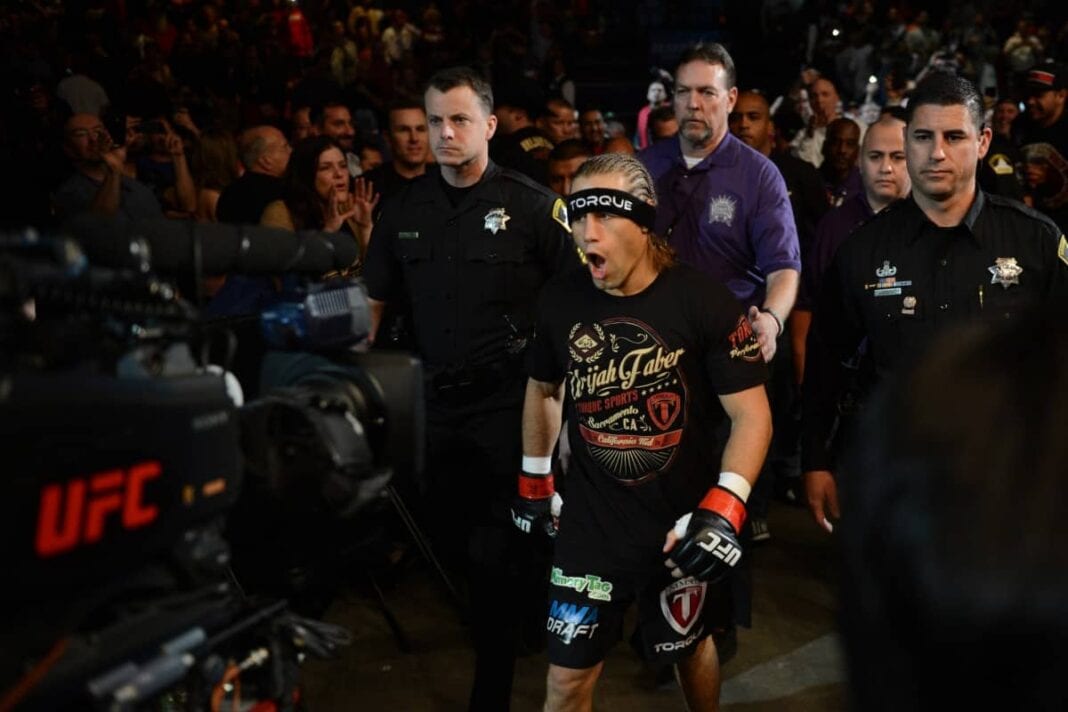 After No. 4-ranked UFC bantamweight Raphael Assuncao, who is the last fighter to defeat division champion T.J. Dillashaw, missed out on yet another title shot when a broken ankle forced him to turn down a chance to replace injured former champion Dominick Cruz, the Brazilian competitor was left out in the cold looking for an opponent.

This evening (Wed., January 18, 2015), however, Assuncao has found his opponent, and it’s one that he all too familiar with.

A report from Globo has surfaced that Assuncao has verbally agreed to battle No. 3 Urijah Faber at a yet-to-be-determined UFC Fight Night event from Rio de Janeiro, Brazil, on March 21 in a rematch of their 2010 featherweight bout in the WEC, which Faber won with a third-round submission.

Faber had previously expressed a desire to avoid rematching Assuncao, but with few other options left, he agreed to the bout.

“The California Kid” was last seen defeating power slugger Francisco Rivera at last December’s UFC 181, his second straight victory after he lost a championship rematch to No. 1 contender Renan Barao at UFC 169 last February. But the win was not without its fair share of controversy, as Faber clearly poked Rivera in the eye before finishing him.

Assuncao, meanwhile, has won an incredible seven straight bouts without a title shot, his most recent a unanimous decision win over Bryan Caraway at UFC Fight Night 54 last October.

He should be able to secure a title shot with a win, but he’ll have his hands full with “The California Kid.” Who is your pick to win this pivotal bantamweight throw down?