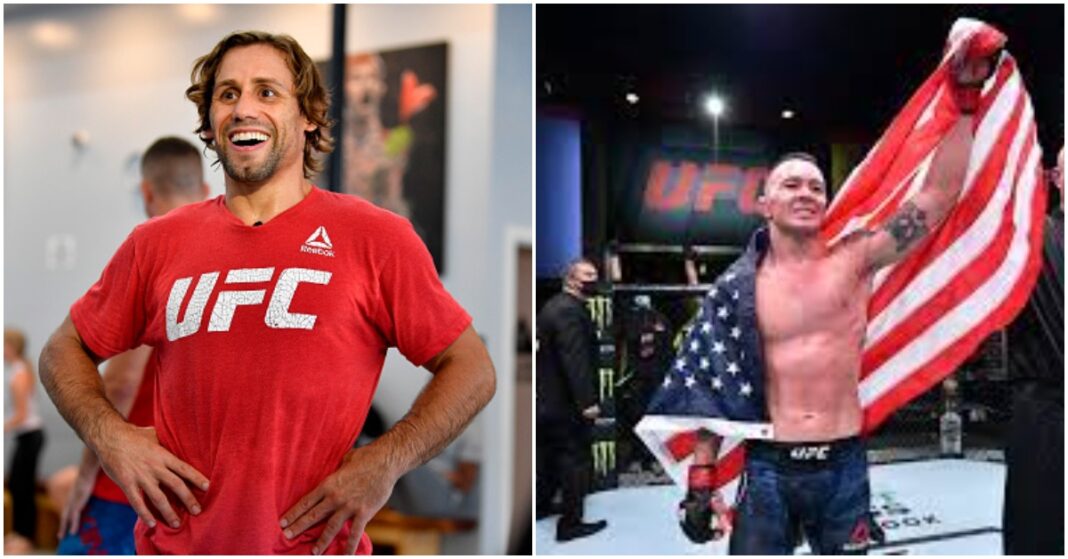 Urijah Faber believes that Colby Covington is a good guy just trying to get noticed by the fans.

Many have speculated that Covington is just playing the heel to work up the fans of his opponents. Covington knows how to strike a nerve with fight fans and plays on their hatred. He even comes out to Kurt Angle’s “You Suck” theme song.

Covington even showed at the end of his rematch against Kamaru Usman that he does in fact respect his opponents. He talked a lot of trash in Usman, but after their five round battle, claimed it was all love and just him trying to sell the fight.

Faber was being interviewed by Helen Yee when he made the claims that Covington is playing an act on the fans.

“What a great fight man, I mean I know both those guys well and it was funny to see the very end. Colby’s actually not a bad guy, he’s trying to get himself noticed. He’s not a guy that’s super outside the box as an individual so his whole schtick, he put it aside for a second and just showed respect. I like to see that. And it was a war man. Those guys are two of the best fighters on the planet. High-level wrestlers. You know, great genetics, great standup. So, you know, Usman’s a champ for a reason.” (Sportskeeda)

When ‘Gamebred’ dropped out of his upcoming fight with Leon Edwards, Covington turned his sights to his former roommate.

Covington has put up some great matches against the pound for pound best fighter in the world, Kamaru Usman. Covington is still one of the most elite and well rounded fighters in the UFC no matter how you feel about him.

Covington will have to take the Max Holloway route and still prove he is the next best man in the division to get another title shot. A couple wins over top five guys could get him right back in the title picture, especially if Usman may be retired by then (which he has hinted at).

Do you agree with how Urijah Faber feel’s about Colby Covington? Should he leave the character behind?

Diego Sanchez Details Hospital Battle: ‘No Fight Camp Or Opponent Has Dominated Me Like This’