LowKickMMA.com
Home UFC News Uriah Hall Feels Some ‘Mafia Sh*t’ Is Going On In The UFC 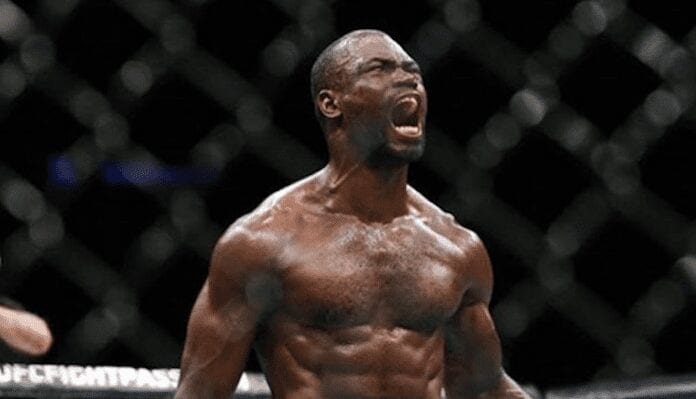 Uriah Hall feels that some “mafia sh*t” is going down in the UFC.

Hall recently appeared on the “Pull No Punches” podcast and discussed fellow middleweight Paulo Costa. Costa has been subject to rumors of performance enhancing drug (PED) usage, however, no official word has come out. Costa has since denied such shenanigans, but has had a difficult road to get a fight locked down as of late.

At one time, Hall shared the cage with Costa and took a bad TKO beating from the Brazilian last summer. When discussing Costa, Hall explained why he has a feeling some things are flying under the radar with certain fighters (via MMA Mania):

“I was supposed to fight that dude a while back,” Hall said. “He pulled a bicep muscle and I was like ‘What?’ Listen, s**t is going on under the radar here. I don’t know why, I have a feeling, but we’re not stupid.

“We all know what’s really going on here. I feel like this s**t is being run by some mafia. It feels like that sometimes. The s**t I see some people getting away with, I’m like ‘what the f**k bro?’

“When you really think about it, it’s not even about fighting anymore. It’s about entertainment. No one is going out there and being honorable anymore.”

Once A Rising Star

The 34-year-old Hall was once touted as the next big star in mixed martial arts (MMA) following his run on The Ultimate Fighter. Even UFC President Dana White believed he would be the next Anderson Silva. Unfortunately, things didn’t quite pan out that way.

Hall has racked up a 7-7 record with the organization, which at one point included a three-fight losing streak. Luckily, he picked up a much-needed knockout win over Bevon Lewis back in December. It should be interesting to see what comes next for “Prime Time.”