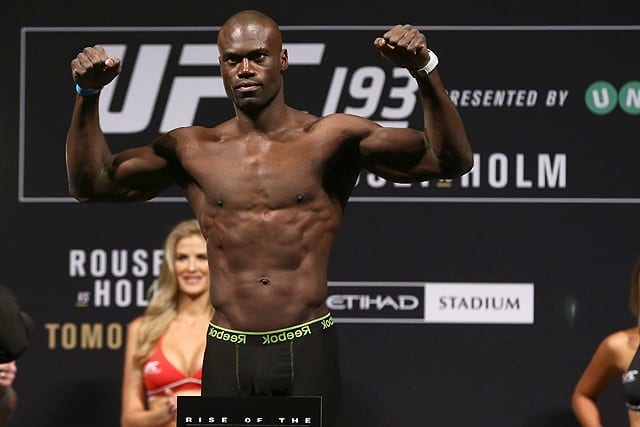 Earlier this year, former The Ultimate Fighter (TUF) finalist Uriah Hall was scheduled to fight Vitor Belfort at UFC Fight Night 124 in St. Louis, but he was forced to withdraw from the bout just days prior after his weight cut went terribly wrong.

Ultimately, Hall passed out on his way to weigh in, forcing him to be hospitalized. In a recent interview with ESPN, however, Hall went in to more detail on just how horrifying the situation was:

“I was walking to the elevator and boom, just like that, I collapsed,” Hall said. “I was in the elevator holding on to my best friend — apparently I bit him, to hold on to him. I passed out again…woke up and there were EMTs, a guy was trying to get a needle in me, and I remember swinging. I wasn’t in control of my body.

“I woke up in the hospital and was screaming for water. ‘Give me water! Give me water!’ They said, ‘We can’t give you water yet,’ for whatever reason. I grabbed my sister and said, ‘Tell them to please give me a sip of water.’ I never felt so thirsty in my life. They finally gave me a sip, and I passed out.”

In terms of what exactly went wrong, Hall still isn’t sure what the official diagnosis was, although he said that his ‘ego took over’ and that he didn’t listen to the signs his body was providing him:

“I’ve cut weight over 20 times. I’m used to it,” he said. “That one margin of error, that’s what cost me. I neglected a health issue. I didn’t pay attention to my body. My will took over — I would say my ego took over. There’s a time you need to listen to your body.”

And while he admits that he felt a near death feeling, which draws concerns within itself, Hall said that he knew he would ultimately be alright:

“As close as I felt to death, I knew I was good,” Hall said. “It’s a psychological thing, training your body and mind. You got nothing left but there’s that little hope. For a lot of people who aren’t athletes, to step foot into that uncomfortable situation — you’re basically gonna kill yourself when you fight, anything can happen — it’s hard to understand that mentality.

“The realm of a fight’s existence is to step outside of your comfort zone for a split second — to be so ridiculously uncomfortable that it’s frightening and scary — and only a few people have accomplished that. I’m one of those trying to accept that. One reason I’m doing it is because I’m frightened by it and I’m trying to understand it.”

Moving forward, Hall will next take on Paulo Costa at UFC 226 on July 7 in Las Vegas, Nevada.