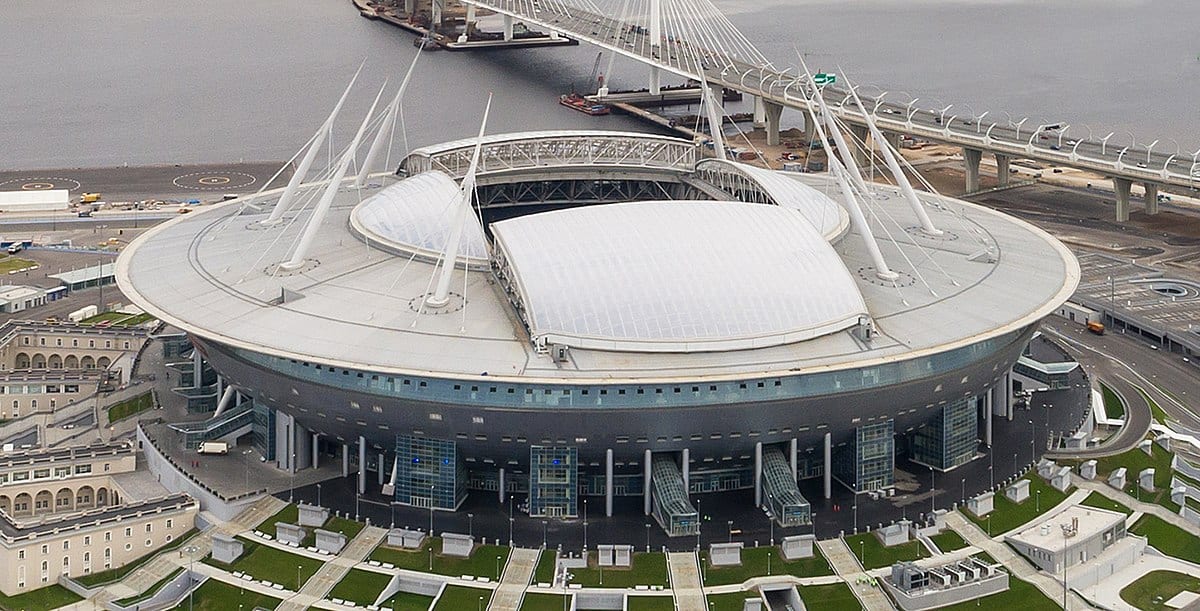 The UFC is set for a Russian stadium event later this year.

UFC heavyweight Andrei Arlovksi’s manager, Anton Glazyri, revealed to Russian news site TASS that “The next fight for Andrei Arlovski will be held in St. Petersburg. Who will be a rival is still unknown.”

MMA Team Dagestan, a Twitter account known to break stories out of Russia, reports that the show will be held at the new Gazprom Arena on April 20th.

In September 2018, the UFC made its debut in Russia with UFC Fight Night: Hunt vs. Oleinik. The show went down from the Olympic Stadium in Moscow which housed 22,603 fans. Oleinik submitted Hunt in the main event via first-round rear-naked choke.

Unfortunately, Russia’s biggest star, Khabib Nurmagomedov, will be unlikely for the card. He is currently awaiting punishment from his involvement in October’s post-UFC 229 brawl. The Nevada State Athletic Commission (NSAC) could suspend Khabib for up to two years.

Of course, Russia doesn’t operate within the United States commission system, so the UFC could book Khabib for the card if they wanted to. The UFC has never pulled off such a move, however, so that’s unlikely.