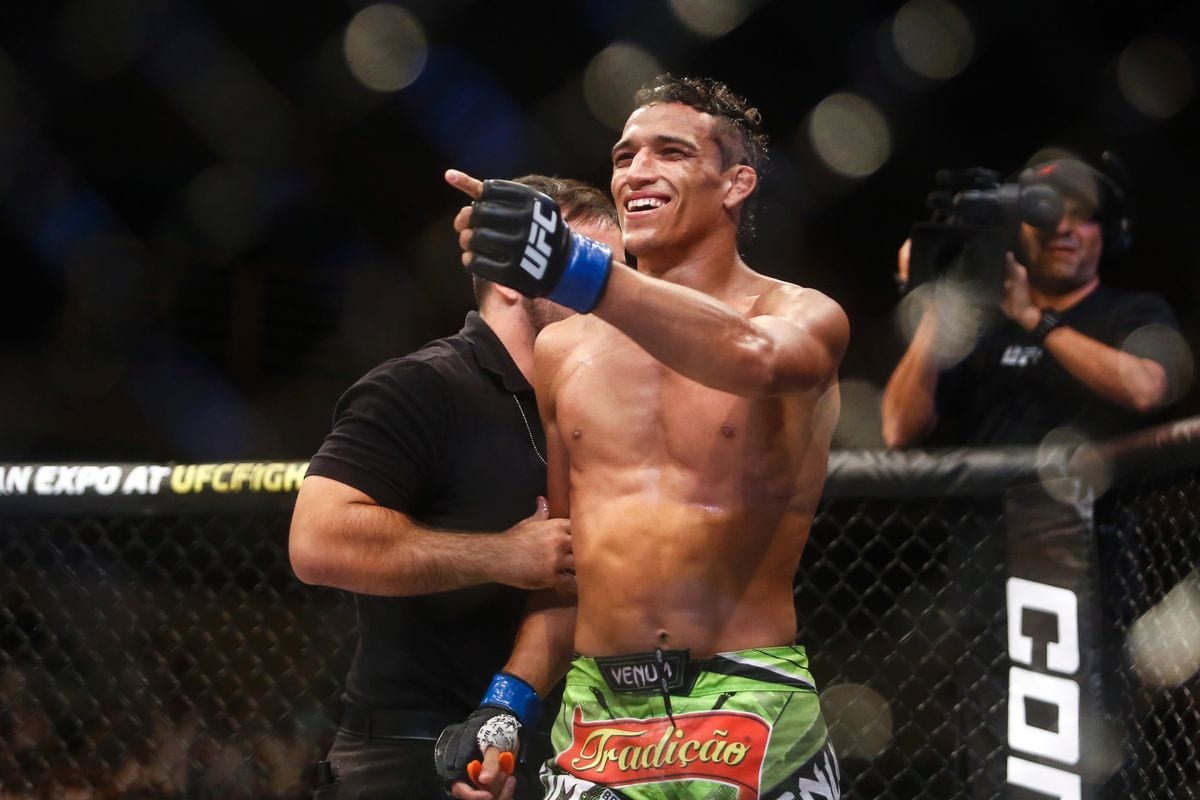 Charles Oliveira met Nik Lentz in an intriguing lightweight match up earlier this evening at UFC Rochester. This is how it played out.

“Do Bronx” Oliveira (26-8) entered this contest having won his last four fights in a row. The 29-year-old Brazilian is the most prolific submission artists to ever set foot in the Octagon.

As for Lentz (30-9-2). “The Carnie” rebounded from a loss to David Teymur last June by defeating a couple of UFC veterans in Gray Maynard and Scott Holtzman. A win over Oliveira would earn Lentz his longest winning streak in over five years.

Oliveira lands a straight right hand to start the round. Lentz lands a kick and gets taken down by Oliveira. The Brazilian has a deep choke but Lentz defends. Oliveira throws an illegal up-kick and the referee breaks them up and rests them on the ground. Oliveira easily gets up and throws a flurry. Lentz goes to the body, Oliveira catches him moving in with a straight right hand that sends Lentz down and finishes the show with some hammer fists.

Charles Oliveira defeats Nik Lentz via TKO (hammer fists) at 2:11 of round two