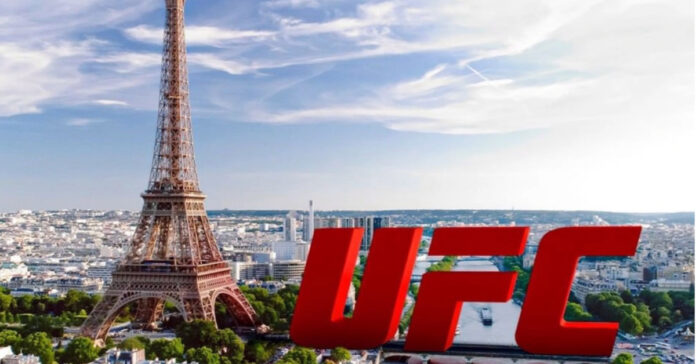 In the UFC’s maiden voyage to France, fans will be treated to some excellent matchups, including a heavyweight No.1 contender bout, top 5 middleweight scraps, and some sleeper fights that could well produce fireworks.

Join us at LowKickMMA as we break down our top 3 Bets from this weekend’s UFC Paris event.

Our first pick will be from UFC Paris’ co-main event. We are backing Robert Whittaker to defeat Marvin Vettori via decision. ‘The Reaper’ is the clear No.2 in the division, with his elite martial prowess rivaled only by the current champion Israel Adesanya. Vettori is an elite fighter in his own respect, having only lost to the aforementioned Adesanya.

However, when looking at this fight on a skill-for-skill level, it is hard to back ‘The Italian Dream.’ Whittaker’s diverse skillset should see him pick up rounds on the judge’s scorecards. However, Vettori is an immensely durable individual who has shown an ability to take an immense amount of damage with ease.

As a result, it seems likely that this fight will go the full three rounds, and considering Whittaker’s round-winning style, backing him by Dec seems the most likely outcome. You can find this line at 1.83 on Betway.

Nathaniel Wood takes on Charles Jourdain in a quick turnaround bout for both men. Wood recently put on a dominant display over Charles Rosa at the UFC’s second trip to London in 2022, whilst Jourdain dropped an extremely competitive decision loss to Shane Burgos at UFC Long Island.

Jourdain enters this fight as a slight betting favorite, with his size no doubt playing a factor. Wood only recently made the move up to featherweight, having been a career bantamweight. However, despite not having the height of many in the 145lb division, ‘The Prospect’ still has the exact same reach as ‘Air’ Jourdain.

He also, in our opinion, has more ways to win this fight. Jourdain is a flashy striker with a brawler’s mentality, combined with some sneaky submissions. Nathaniel Wood’s game is a lot more nuts and bolts-esque, with a boxing-centric striking style paired with devastating low kicks. However, he is also a very competent wrestler, and it is this part of his repertoire that could be the great divider against Jourdain.

Wood’s striking will rack up attritional damage on Jourdain, and should the French-Canadian begin to pull away with his devastating stand-up game, Wood can switch things up and begin a wrestling-heavy assault.

We are taking Nathaniel Wood at his ML, which Betway has at 2.20.

In a pick inspired by Patrick Post on the LowKickMMA Preview & Betting Show, we are taking a UFC debutant via decision, as we back former Cage Warriors contender, Michael ‘Mad Dog’ Figlak.

Figlak currently holds a record of 8-0, having picked up wins over notable names on the Cage Warriors roster, such as rising star Oban Elliott and former champion Agy Sardari. It all seemed set for Figlak to face off against the current CW champion, George Hardwick, when suddenly it was announced that ‘Mad Dog’ would be fighting at UFC Paris.

Figlak has a boxing-heavy approach and does discriminate between hitting the body or the head. He takes on ‘The French Sniper’, Fares Ziam, who was recently cut from the UFC and then immediately resigned for this Paris event.

Ziam is a talented striker but has begun to struggle when matched up with the elite opposition found in the UFC. He will serve as an excellent litmus test to see just how much potential Figlak possesses.

Figlak’s past three fights have all gone the distance, and it seems likely that this will be the case in Paris as well. ‘Mad Dog’ by Dec can be found at 1.95 on Betway.

Who are you backing at UFC Paris?