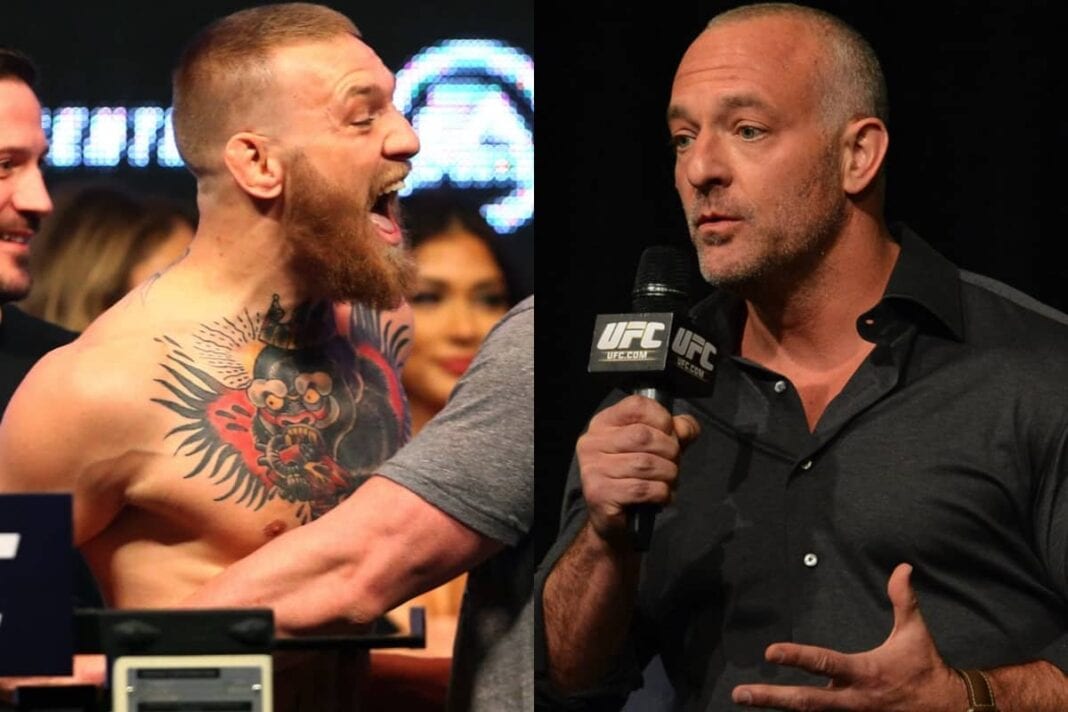 In all of the recent chaos of featherweight champ Conor McGregor‘s ‘retirement’ and UFC-imposed withdrawal from his scheduled rematch with ate Diaz in the main event of July 9’s UFC 200, UFC President Dana White has largely kept things professional by insisting the promotion’s relationship with ‘The Notorious’ is still strong.

While that may not be what we’re accustomed to from the normally outspoken White, there have been some rumblings in the MMA world that it wasn’t his idea to pull the ultra-popular McGregor from the historic card. Supposedly that call came from UFC co-owner and Las Vegas icon Lorenzo Fertitta, and he apparently revealed a bit of discord with McGregor in a recent conversation with longtime UFC referee ‘Big’ John McCarthy.

McCarthy stated on his “Let’s Get It On” podcast that he spoke with Fertitta backstage at last weekend’s (Sat., April 23, 2015) UFC 197, and the prominent exec was surprised that a fighter making so much money was actually giving him problems:

“I talked to Lorenzo Fertitta at UFC 197, standing in the back, and we started talking. He said, ‘I never thought that when I had a guy who was guaranteed ten million dollars I would have a problem with him.”

It could be a great point from Fertitta, who’s understandably focused on McGregor’s pay, the first fighter to ever receive a flat $1,000,000 purse for his loss to Diaz this March and countless other millions in pay-per-view (PPV) revenue and endorsements.

McGregor has routinely said his decision to skip the UFC 200 press conferences is not about his profits but rather his need to get back to training full-time in order to beat a bigger opponent. However, that’s just part of the game, and he had no problem spouting off at every single presser when he was knocking out smaller fighters in rapid succession.

He swiftly rose to the position of MMA’s biggest drawing star, yet the UFC’s owner is miffed that he is a headache given his already sky-high paydays. This is a situation that’s unlikely to go away anytime soon, but perhaps ‘The Notorious’ would be wise to keep his employer happy.

Do you believe he should, or are you happy a fighter finally stood up to the world’s foremost MMA promotion in a big way?