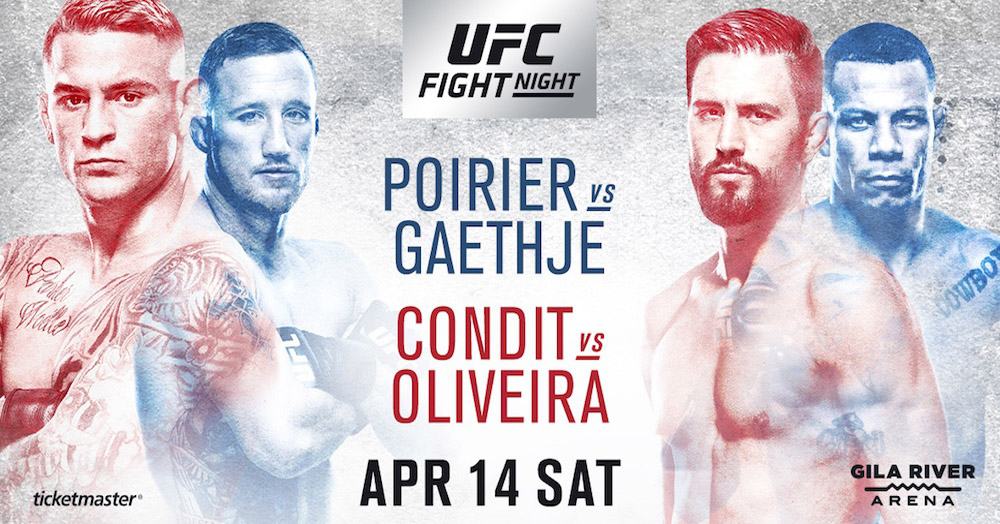 The UFC is in Glendale, Arizona tonight (Sat. April 14, 2018) for UFC on FOX 29, with a great lightweight featured bout on deck to close out the night.

No. 5-ranked Dustin Poirier will take on No. 6-ranked Justin Gaethje to determine which of these two men could take the next step in their championship pursuits. Poirier and Gaethje are two of the most exciting fighters on the UFC’s roster, so expect this one to be a barn-burner.

In the co-main event of the night, former interim UFC welterweight champion Carlos Condit makes his return to the Octagon to challenge Alex Oliveira.

You can check out the full UFC on FOX 29 fight card, start time, and information on how to watch here below: